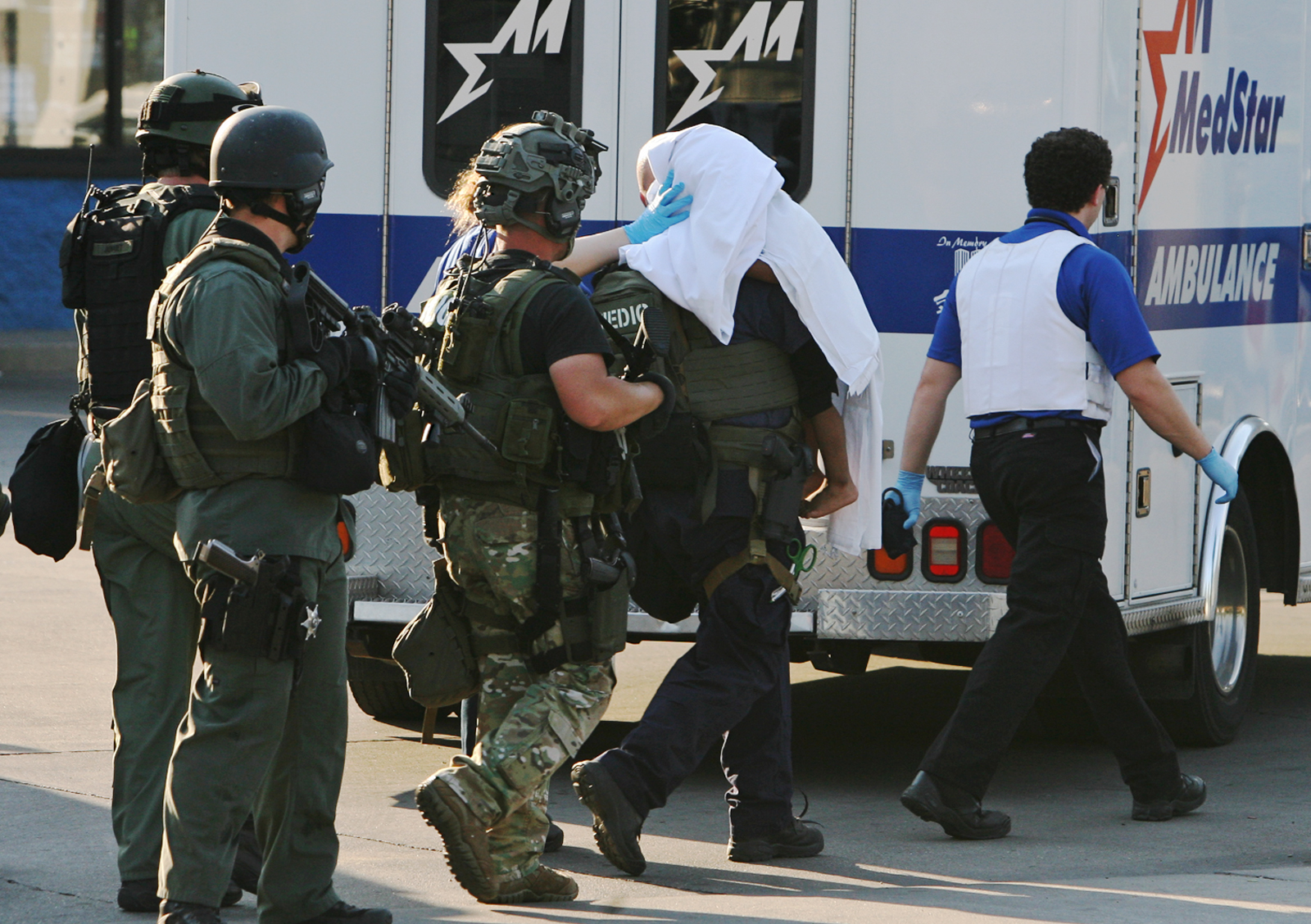 (CBS/AP) WASHINGTON PARK, Ill. - A teenage girl reported missing more than two years ago escaped this week after being held captive and repeatedly sexually assaulted, authorities said. She led police yesterday to a home in southwestern Illinois where officers rescued the child she said she had to leave behind.

The girl reported that she was raped by her captor, got pregnant and had a baby. She told police she escaped Tuesday but could not take the child with her.

About two dozen members of a SWAT team raided the house Thursday afternoon with their assault rifles drawn. They took a 24-year-old man and his mother into custody and also recovered the teen's young child.

Washington Park Police Chief David Clark said they believe the man's mother aided the crimes. Police would not identify either of them by name because they had not been charged as of early Friday.

One officer carried the child - apparently unharmed - in his arms, and a white sheet was draped over the child's head to conceal the toddler's identity. The child was taken away in a waiting ambulance.

The teen was listed as a missing or runaway juvenile in April 2010, according to police in St. Louis, Mo. She was 15-years-old when she disappeared.

Police said the teen told them she was held against her will and was beaten and sexually assaulted almost every day. She reported trying to escape several times, but her captor chased her down each time and forced her back to the home at gunpoint.

She told police she was able to escape this week with the help of a relative.

Police said the teen also told them she was forced by the man and his mother to give a false name in medical records during her pregnancy and when the child was born.

Neighbor Lakeitha Smith told several local TV stations that she occasionally saw the girl outside the house and never witnessed anything that would raise concern.

"I used to see her come out of the house, back and forth," Smith said. "I didn't think she was being held hostage in the house."