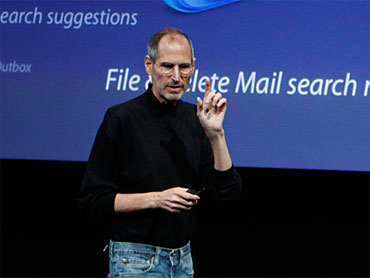 Erick Schoenfeld has an excellent post up today at TechCrunch exploring Apple's deepening rift with Google and Adobe. The question he poses is a provocative one: Is CEO Steve Jobs committing the mistakes that earlier condemned the Macintosh to niche status? He wrote:

"Jobs is once again pitting Apple's complete product design mastery against the rest of the industry, except this time he thinks he will prevail. Whether it is his repeated moves to keep Adobe's Flash off the iPhone or his growing rift with Google over Android, Jobs is making the iPhone and iPad a relatively closed system that Apple can control. All apps need to be approved by Apple, the ads shown on the apps will also start to go through Apple, and no matter how hard Adobe tries to open up the iPhone to its Flash developers Apple will keep blocking all its efforts."

Some background. Earlier this week, a tempest broke out after Apple tightened its requirements for developers interested in publishing application on Apple's App Store. The change puts new restrictions on iPhone developers, who won't be allowed to use third-party software and tools to create iPhone applications. That has riled more than a few developers and raised concerns that Apple is attempting to create an increasingly "locked-down" platform.

In the long term that could present a problem, though for the time being, Jobs remains in control. Third-party developers can complain all they like, but if they want to participate in the booming market for the iPhone - and, now presumably iPad - they still have to play by Apple's rules. But the parallel with the experience of Bill Gates and Microsoft Windows is intriguing.

Let's recall that after a couple of decades of unchallenged preeminence, Microsoft was forced to recalibrate to meet the rise of the commercial Internet and Web-centric computing. The results to date have been uneven and many believe Microsoft will never regain its former stature. For Apple, which remains unique in its own way, the lesson is plain: History can repeat itself. Again, Schoenfeld:

The iPhone faces a growing threat from Google's Android phones, which are the PCs of the mobile world. Only Apple makes the iPhone, but many phone manufacturers make Android phones just like many PC makers produce Windows PCs. Slowly but surely, those Android phones are getting better. And already Android sales are collectively catching up to iPhone sales. Of all people, surely he sees what is coming. Is he ignoring his own history, or does he know it so well that this time he is going to try to rewrite it by changing the outcome? As long as the iPhone remains the leading smartphone, he can try to lock out Google's ads and lock in developers with their apps (and, by extension, customers who want those apps).

What Others Are Saying

Dear Adobe: When it Comes to Apple, Don't Get Mad - Get Even
Adobe: We'll Be Fine Without Apple
This Could Be Android's Big Chance

Since returning to Apple, Jobs has proved his critics wrong as he successfully directed the company into new markets beyond what the traditional boundary separating the consumer and computer businesses. Now that he's at a similar juncture, Jobs will need developers to follow his design aesthetic. Can he count on their support, even at gunpoint?