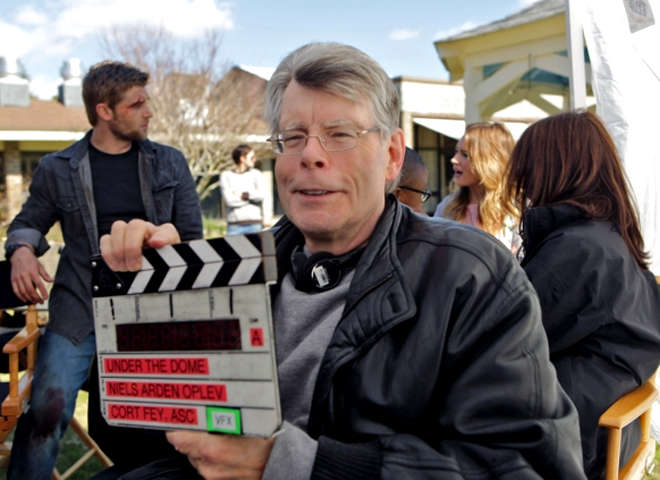 Stephen King has a response to all of the "Under the Dome" TV series naysayers out there: "If you loved the book when you first read it, it's still there for your perusal. But that doesn't mean the TV series is bad, because it's not. In fact, it's very good."

The new CBS series, whichpremiered Monday to high ratings, varies from the 2009 bestselling novel. Although some die-hard fans of the book might be disappointed, King says, don't be.

In a personal letter addressed to fans, he writes, "Many of the changes wrought by Brian K. Vaughan and his team of writers have been of necessity, and I approved of them wholeheartedly. Some have been occasioned by their plan to keep the Dome in place over Chester's Mill for months instead of little more than a week, as is the case in the book. Other story modifications are slotting into place because the writers have completely re-imagined the source of the Dome."

King goes on to describe some of the situations that differ, adding, "There's only one element of my novel that absolutely had to be the same in the novel and the show, and that's the Dome itself. It's best to think of that novel and what you're seeing week-to-week on CBS as a case of fraternal twins. Both started in the same creative womb, but you will be able to tell them apart. Or, if you're of a sci-fi bent, think of them as alternate versions of the same reality. As for me, I'm enjoying the chance to watch that alternate reality play out; I still think there's no place like Dome."

In the end, King reminded readers the book remains the same: "As for you, Constant Reader, feel free to take the original down from your bookshelf anytime you want. Nothing between the covers has changed a bit."

To read King's entire letter, go here. And watch CBS' "Sunday Morning" this weekend for an interview with King.

Tell us what you think about the TV adaptation of the novel in the comments below.