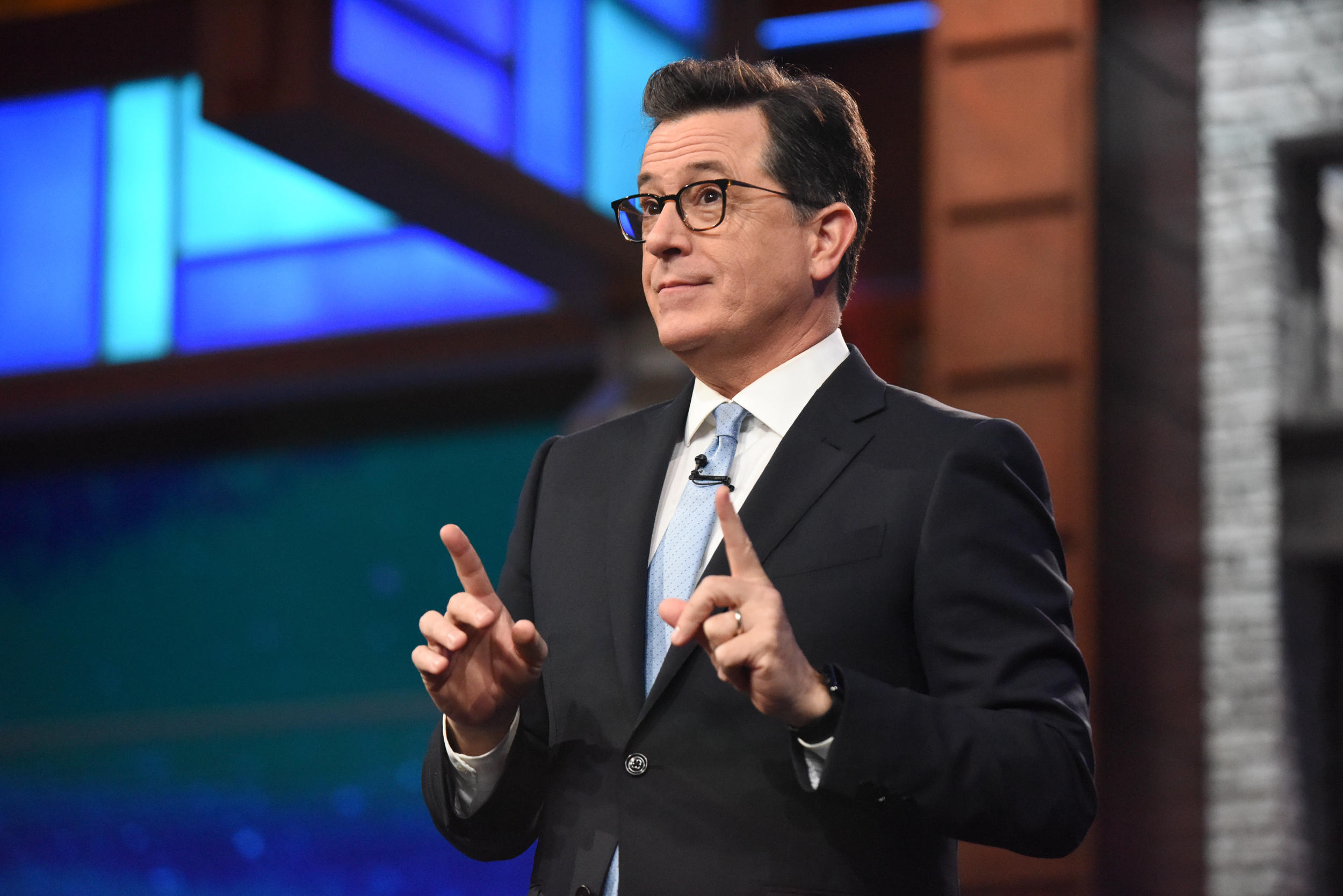 Stephen Colbert is on a very important assignment -- in Russia.

Colbert and his "Late Show" crew are there filming material for a future broadcast, CBS said Thursday.

Given the show's surge in ratings following its tack to taking on President Donald Trump, it's no surprise that Colbert has promoted the trip with a political slant -- taking a dig at Mr. Trump with regard to the existence of tapes of the president's conversations with fired FBI Director James Comey.

"Don't worry, Mr. President. I'm in Russia. If the "tapes" exist, I'll bring you back a copy!" Colbert tweeted.

His message came after Trump said on Twitter that he has no recordings of his private conversations with Comey, despite an earlier suggestion that they might exist.

Colbert also posted a photo of himself wearing a trench coat and in front of a grand building that appeared to be the Winter Palace in St. Petersburg.

A CBS spokeswoman said she had no information on where Colbert was visiting or how the material he was gathering in Russia would be used.