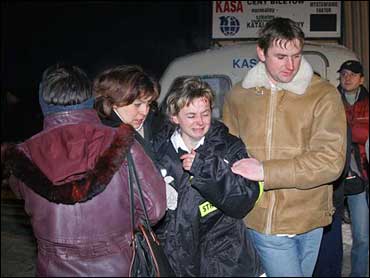 Blake Stein had not won in more than a month and had failed to last five innings in four of his previous five starts. In between starts, though, he was working on his motion and his confidence.

The work paid off Wednesday as the rookie threw a two-hitter for his first major league shutout and the Athletics continued their home run barrage as Oakland defeated the Chicago White Sox 6-0.

Stein, obtained in last summer's deal that sent Mark McGwire to St. Louis, allowed only a bunt single by Mike Caruso in the first and a bloop triple by Magglio Ordonez in the second.

"You don't pitch well for a while and wonder what it's going to take to get over the hump. To go out there and do this is beyond my wildest dreams."

Stein (5-7) struck out three and walked five in his 18th major league start.

The triple fell between second baseman Scott Spiezio and right fielder Jason McDonald, who accidentally was kneed near the right eye by Spiezio as both tumbled.

McDonald, who spent more than two months on the disabled list earlier this season with a concussion after an outfield collision with teammate Rickey Henderson, momentarily appeared stunned but stayed in the game.

Mike Blowers hit a three-run homer and Mike Macfarlane had a two-run shot for the A's, who scored all of their runs on homers in Tuesday's 10-5 win over Toronto.

Macfarlane hit his seventh homer of the season in the fourth off Mike Sirotka (12-11) and Blowers hit his ninth an inning later. McDonald added an RBI double in the sixth.

Henderson drew his AL-leading 99th and 100th walks, reaching 100 walks for the seventh time in his 20-year career. He also got his major league-leading 53rd stolen base.

Sirotka allowed five runs on seven hits in five innings. He was not helped by the White Sox defense, which committed two errors and gave the A's several extra outs.

Chicago failed to turn a double play immediately before Macfarlane's homer when the ball slipped out of second baseman Ray Durham's hands on the relay.

In the fifth, the White Sox had McDonald picked off first but missed the tag and then allowed a single by Jason Giambi on a fly ball that landed safely when center fielder Mike Cameron fell.

"I felt like I had to do the job by myself. I felt like I wasn't getting a lot of help," Sirotka said. "In any game, if you give them extra outs it's going to catch up to you."

"Macfarlane and Blowers alwayhit well against me. But obviously there were things leading up to that something like defense, that had a big influence on the game."

"We made some mistakes that cost him pitches. We didn't turn possible double plays and we had a fly ball that fell in center field," Manuel said. "Mike deserved a better fate."