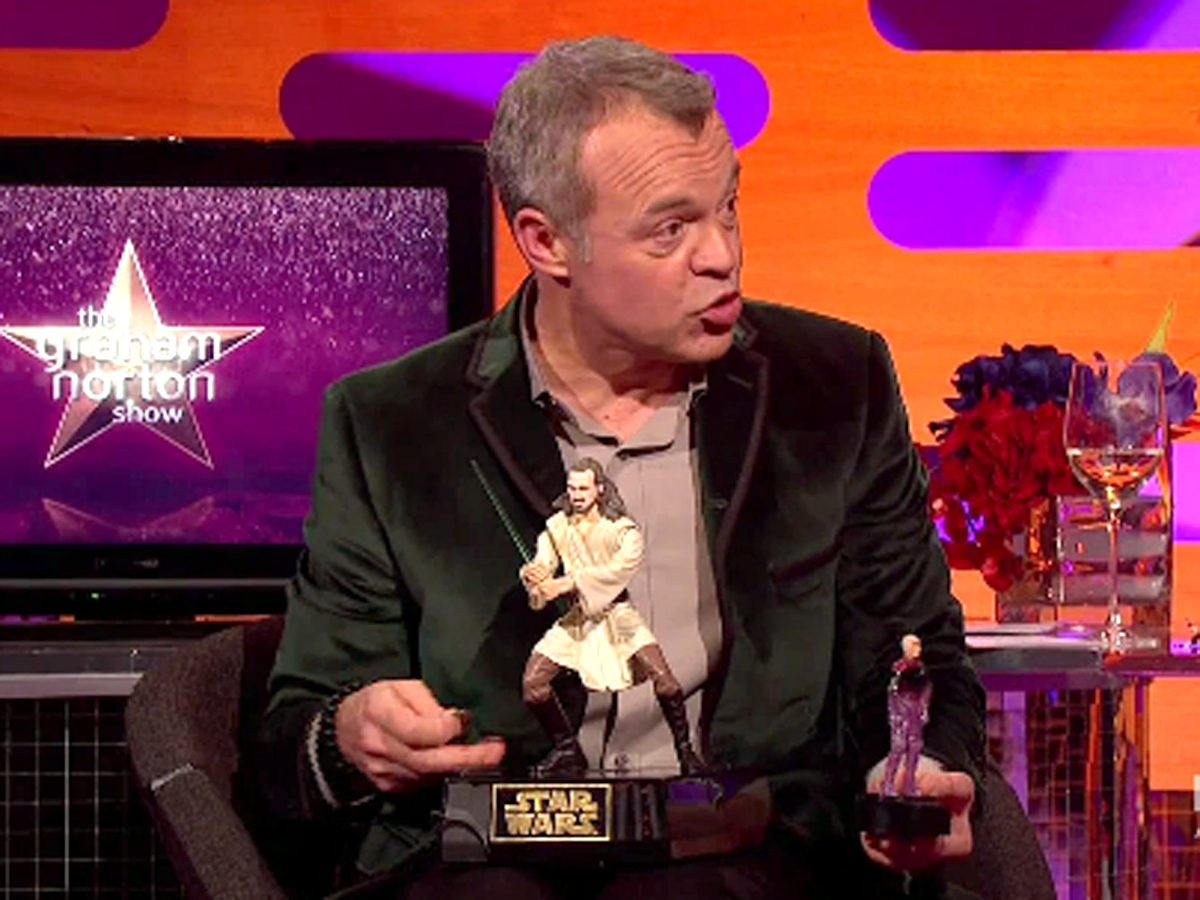 (CBS) - The classic debate between Star Wars versus Star Trek came alive in the funniest way during an interview on the Graham Norton Show. Take a look and see.

The hilarious moment was posted onto YouTube by BBCAmericaTV who write about it:

Here, Liam Neeson (Star Wars: Episode I - The Phantom Menace) and Patrick Stewart (Star Trek: The Next Generation) face off in the ultimate battle of the action figures! Who will win, Captain Jean-Luc Picard... or Qui-Gon Jinn?

So who do you think won the battle of the sci-fi action figures? I'm kind of leaning towards Neeson on this one... but Stewart's reaction was priceless!