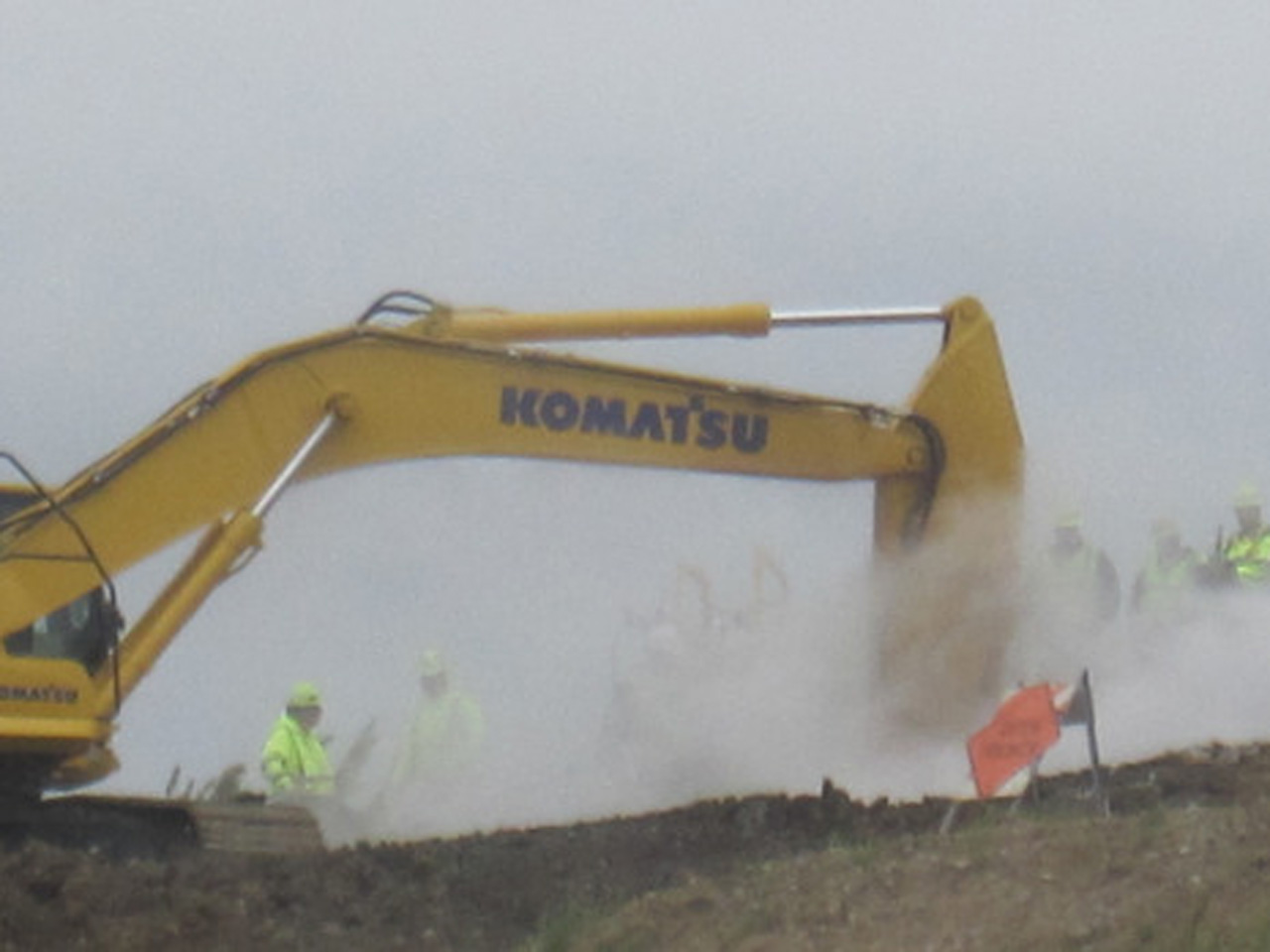 ST. LOUIS -- Beneath the surface of a St. Louis-area landfill lurk two things that should never meet: a slow-burning fire and a cache of Cold War-era nuclear waste, separated by no more than 1,200 feet.

Government officials have quietly adopted an emergency plan in case the smoldering embers ever reach the waste, a potentially "catastrophic event" that could send up a plume of radioactive smoke over a densely populated area near the city's main airport.

Although the fire at Bridgeton Landfill has been burning since at least 2010, the plan for a worst-case scenario was developed only a year ago and never publicized until this week, when St. Louis radio station KMOX first obtained a copy.

County Executive Steve Stenger cautioned that the plan "is not an indication of any imminent danger."

"It is county government's responsibility to protect the health, safety and well-being of all St. Louis County residents," he said in a statement.

Landfill operator Republic Services downplayed any risk. Interceptor wells -- underground structures that capture below-surface gasses -- and other safeguards are in place to keep the fire and the nuclear waste separate.

"County officials and emergency managers have an obligation to plan for various scenarios, even very remote ones," landfill spokesman Russ Knocke said in a statement. The landfill "is safe and intensively monitored."

The cause of the fire is unknown. For years, the most immediate concern has been an odor created by the smoldering. Republic Services is spending millions of dollars to ease or eliminate the smell.

Directly next to Bridgeton Landfill is West Lake Landfill, also operated by Republic Services. The West Lake facility was contaminated with radioactive waste from uranium processing by a St. Louis company known as Mallinckrodt Chemical. The waste was illegally dumped in 1973 and includes material that dates back to the Manhattan Project, which created the first atomic bomb in the 1940s.

The Environmental Protection Agency is still deciding how to clean up the waste. The landfill was designated a Superfund site in 1990.

The proximity of the two environmental hazards is what worries residents and environmentalists. At the closest point, they are 1,000 to 1,200 feet apart.

If the underground fire reaches the waste, "there is a potential for radioactive fallout to be released in the smoke plume and spread throughout the region," according to the disaster plan.

The plan calls for evacuations and development of emergency shelters, both in St. Louis County and neighboring St. Charles County. Private and volunteer groups, and perhaps the federal government, would be called upon to help, depending on the severity of the emergency.

No reports of illness have been linked to the nuclear waste. But the smell caused by the underground burning is often so foul that Missouri Attorney General Chris Koster filed suit against Republic Services in 2013, alleging negligent management and violation of state environmental laws. The case is scheduled to go to trial in March.

Last month, Koster said he was troubled by new reports about the site. One found radiological contamination in trees outside the landfill's perimeter. Another showed evidence that the fire has moved past two rows of interceptor wells and closer to the nuclear waste.

Koster said the reports were evidence that Republic Services "does not have this site under control." Republic Services responded by accusing the state of intentionally exacerbating "public angst and confusion."

Ed Smith of the Missouri Coalition for the Environment said he would like to see the county become even more involved "to ensure that businesses, schools, hospitals and individuals know how to respond in a possible disaster at the landfill, just like preparing for an earthquake or tornado."

CBS affiliate KMOX reported that some residents who live near the Bridgeton Landfill plan to ask Missouri Governor Jay Nixon to declare a state of emergency on Wednesday.

Dawn Chapman, of the Just Moms STL landfill group, says they'll present a petition to the governor with 5,000 signatures asking for a state of emergency and federal help to put out the landfill fire before it's too late.

"I don't think that (Nixon) needs to wait for an emergency," Chapman says. "I think he can call a preemptive one and get the federal resources in right now to prevent it from happening. I think that's what I'd like to see happen."

"You've got school teachers over here at the high school and Rose Acres (Elementary School) saying, 'We're scared. We're responsible to take care of all these kids, and we don't know what to do, we're not being told how to do that.' You've got people reporting illnesses saying, 'I'm sick, this has destroyed my family,'" Chapman says.

Underground smoldering is not unheard of, especially in abandoned coal mines. Common causes include lightning strikes, forest fires and illegal burning of waste.

There were at least 98 underground mine fires in nine states burning in 2013, according to the Office of Surface Mining Reclamation and Enforcement.

Few underground fires can match one in Centralia, Pennsylvania. In 1962, a huge pile of trash in the town dump, near a coal mine, was set on fire, and it has never gone out, burning beneath the town for more than half a century. Only a few people remain in a community that once had 1,000 residents.