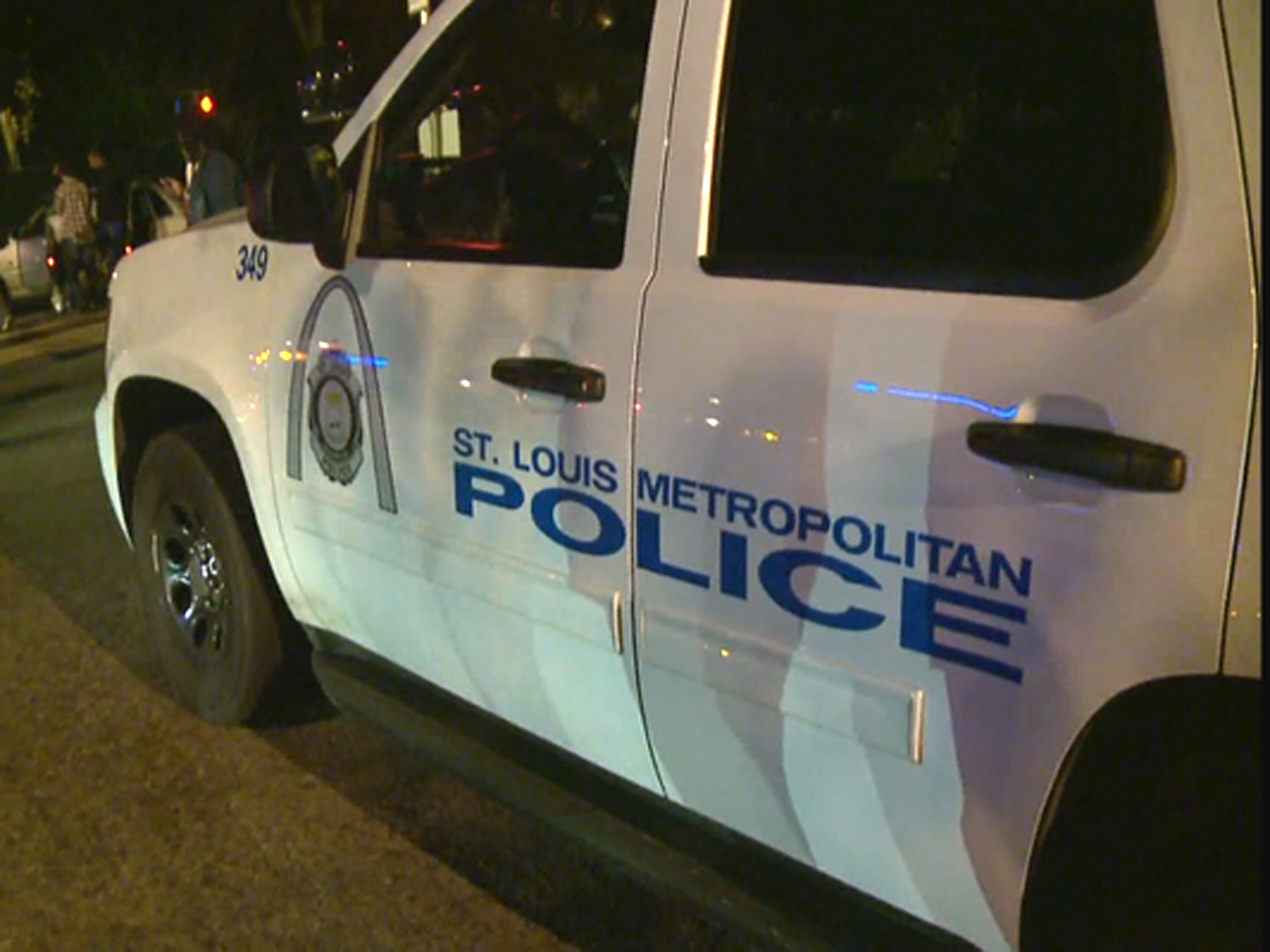 ST. LOUIS -- The mother of a black 18-year-old who was killed by an off-duty St. Louis police officer said her son wasn't armed, as investigators contend.

Syreeta Myers told The Associated Press by phone Thursday that her son, Vonderrit D. Myers, was holding a sandwich when the officer killed him Wednesday night.

Police haven't identified the officer or the person he killed, or disclosed the officer's race. The killing sparked an angry demonstration, with many protesters likening it to the August killing of an unarmed black 18-year-old by a white officer in nearby Ferguson.

St. Louis Police Chief Col. Sam Dotson said the 32-year-old officer, whom he didn't identify, was patrolling the historic Shaw neighborhood in his police uniform for a private security company at around 7:30 p.m. Wednesday when he saw three males, and one of them ran off before stopping.

When the officer did a U-turn all three ran, so the officer gave chase, first in his car and then by foot. During the chase, he got into a physical altercation with the one he eventually killed, Dotson said at an early-morning news conference.

Dotson said that at one point, the suspect's shirt raised and the officer saw what he thought was a gun. "The officer said he wanted to be certain it was a gun and did not fire at that point," he said.

The chief said the suspect ran up a hill, turned and opened fired on the officer, who returned fire and killed the man. Ballistic evidence shows that the teen fired three shots and tried to fire again but his gun jammed, he said, noting that the 9mm gun was recovered.

The officer, a six-year veteran of the St. Louis police force whose race wasn't immediately disclosed, fired off 17 rounds. Dotson said he didn't know how many of those bullets struck the suspect, or why the officer, who wasn't hurt, fired that many shots.

"An investigation will decide if the officer's behavior was appropriate," he said.

Asked about police claims that there was evidence the young man fired three shots and recovered a 9mm weapon at the scene, Syreeta Myers said, "Police lie. They lied about Michael Brown, too."

Michael Brown was the unarmed black 18-year-old who was killed on Aug. 9 by a white police officer in nearby Ferguson. Brown's killing was very much on the minds of protesters who gathered after Wednesday's shooting, with some shouting "Hands up, don't shoot" - a common refrain during the weeks of sometimes violent protests in Ferguson.

A state grand jury is deciding if the Ferguson officer, Darren Wilson, will face charges. He has not been seen in public since the Aug. 9 shooting.

Dotson said that the man killed Wednesday night was "no stranger to law enforcement," including since he had turned 18.

Online court documents show that Vonderrit Myers was charged in June in St. Louis with the unlawful use of a weapon, a felony, and misdemeanor resisting arrest. A hearing that had been scheduled for Monday was continued until Nov. 17.

The police chief said some in the crowd Wednesday night shouted obscenities at officers and damaged police cars, but that the officers "showed great restraint."

He added: "Any police officer use of force certainly will draw attention."

No demonstrators were arrested and by 1 a.m. Thursday the crowd had largely dispersed.

Dotson said he wasn't aware of any video of the shooting.

"We want to be open and transparent and as thorough as we possibly can," Dotson said.

It was the third fatal police-involved shooting in the St. Louis area since Brown's death. On Aug. 19, Kajieme Powell, 25, was shot by St. Louis city officers after moving toward them with a knife while telling them, "Shoot me now. Kill me now." Both officers fired six shots each. Powell died at the scene.

On Sept. 17, officers shot and killed a 42-year-old man in the St. Louis County town of Jennings after the suspect allegedly slammed his vehicle into two police vehicles before pointing a rifle at officers.