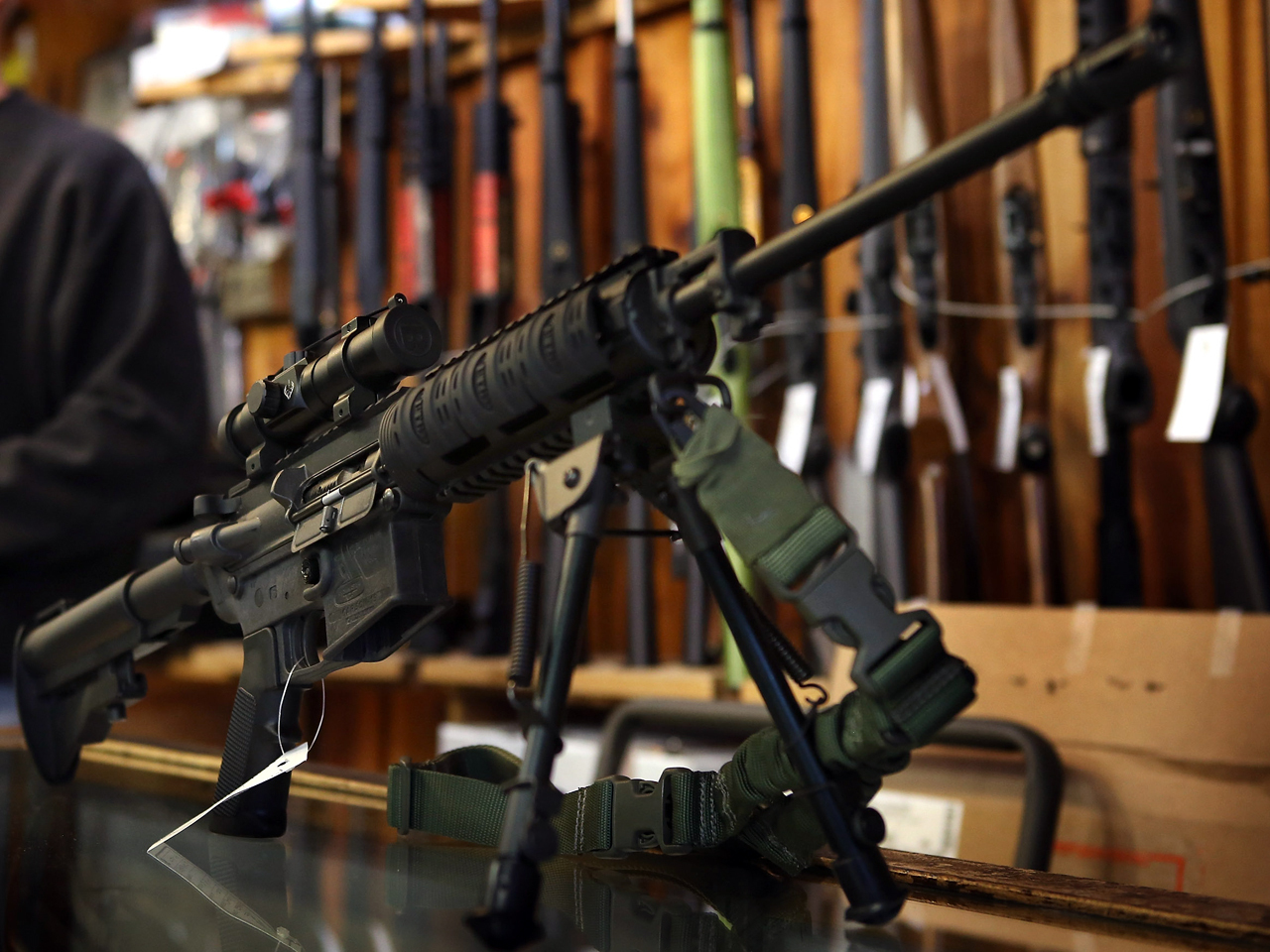 Prompted by the nights of violence following the police shooting in Ferguson, Mo., gun shop owners in the St. Louis area are reporting significantly increased sales. Violence has been limited to the suburb and has been met with a strong law enforcement presence, but shop owners say local residents are afraid of mayhem potentially spreading.

"They're just afraid of whats going on and they're coming in to purchase either additional firearms or their first firearm," Steven King, owner of Metro Shooting in Bridgeton, Mo., told CBS affiliate KMOV. "They're buying AR-15s, home defense shotguns, handguns, personal defense handguns something for conceal carry."

Despite the spike, King says sales at his other shop in Belleville, Mo., have been normal.

Sales of weapons were up as much as 50 percent at Mid-America Arms in St. Louis, including semi-automatic handguns and shotguns. Al Rothweiler, an owner of the shop said more women than normal were purchasing firearms at his store.

"The things that have gone on (locally) have made people act," Rothweiler told the St. Louis Post-Dispatch. Business had increased for him, "but I don't like selling on fear."

An employee at Bull's Eye, L.L.C. in St. Louis told the Post-Dispatch sales are up "a little bit."

Meanwhile more protests took place in Ferguson Tuesday night and into early Wednesday, but witnesses say none turned violent. However, an officer shot and critically wounded a suspect early Wednesday near Ferguson.

An officer confronted a suspect who pulled a handgun on the officer, according to the police spokesman.

"In fear for his life, the officer shot the subject," Schellman continued. He was taken to a hospital in critical condition. The suspect's handgun was recovered at the scene.

In a separate incident, one person was injured in a drive-by shooting in Ferguson early Wednesday, Schellman said.