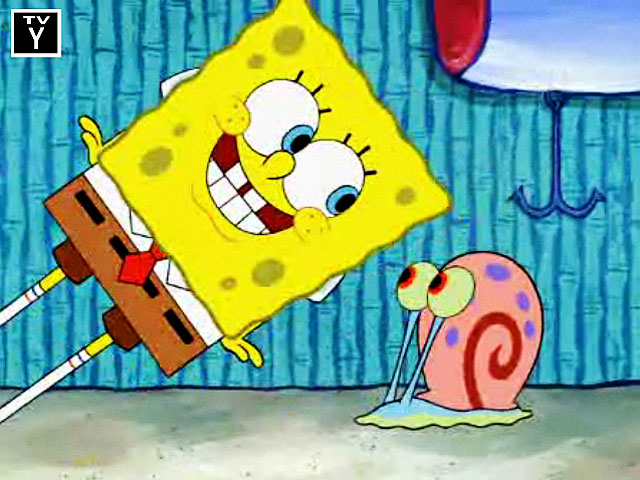 (CBS/AP) Who lives in a pineapple under the sea - and is potentially ruining your kid's attention span?

A new study says watching Nickelodeon's popular cartoon, "SpongeBob SquarePants", can negatively affect a 4-year-old's focus and memory - and it only takes less than 10 minutes of tube time.

For the study - published in the September 12 issue of Pediatrics -60 four-year-old kids were assigned to either draw, or watch nine minutes of a "fast-paced" cartoon "featuring an animated kitchen sponge," or a slower-paced educational cartoon, "Caillou." Seventy percent of the kids who drew passed the problem-solving tests with flying colors, compared with 35 percent who watched "Caillou." Only 15 percent of the fast-paced cartoon viewers passed.

The researchers also looked at impulsiveness, measuring kids on how long they could wait before eating snacks when a researcher left the room. "SpongeBob" kids waited an average of 2.5 minutes, while kids in the other two groups waited for an average of four minutes.

What's the message for parents?

"I would say parents shouldn't be letting their kids watch these shows in the van on the way to school," study author Dr. Angeline Lillard, professor of psychology at the University of Virginia, Charlottesville, told WebMD.

But the popular cartoon program is 22 minutes long, so watching a full episode "could be more detrimental," for learning, according to the study authors.

Lillard, said it's unfair to single out the sponge. She found similar problems in kids who watched other fast-paced shows.

Nickelodeon disputed the study, saying the cartoon is geared towards 6-to 11-year-old viewers.

"Having 60 non-diverse kids, who are not part of the show's targeted (audience), watch nine minutes of programming is questionable methodology and could not possibly provide the basis for any valid findings that parents could trust," Nickelodeon spokesman, David Bittler, said.

Lillard and her team chose 4-year-olds for the study because that age "is the heart of the period during which you see the most development" in certain self-control abilities, she said.

Besides a small study sample, another study limitation is that the kids weren't tested before watching TV. But Lillard said none of the children had diagnosed attention problems and all scored similarly on behavioral evaluations.

"The important take home message here is that the content of viewing actually matters," Christakis told CNN. "Many, many parents have rules about the quantity of programming their children watch but far fewer have restrictions on what they watch."