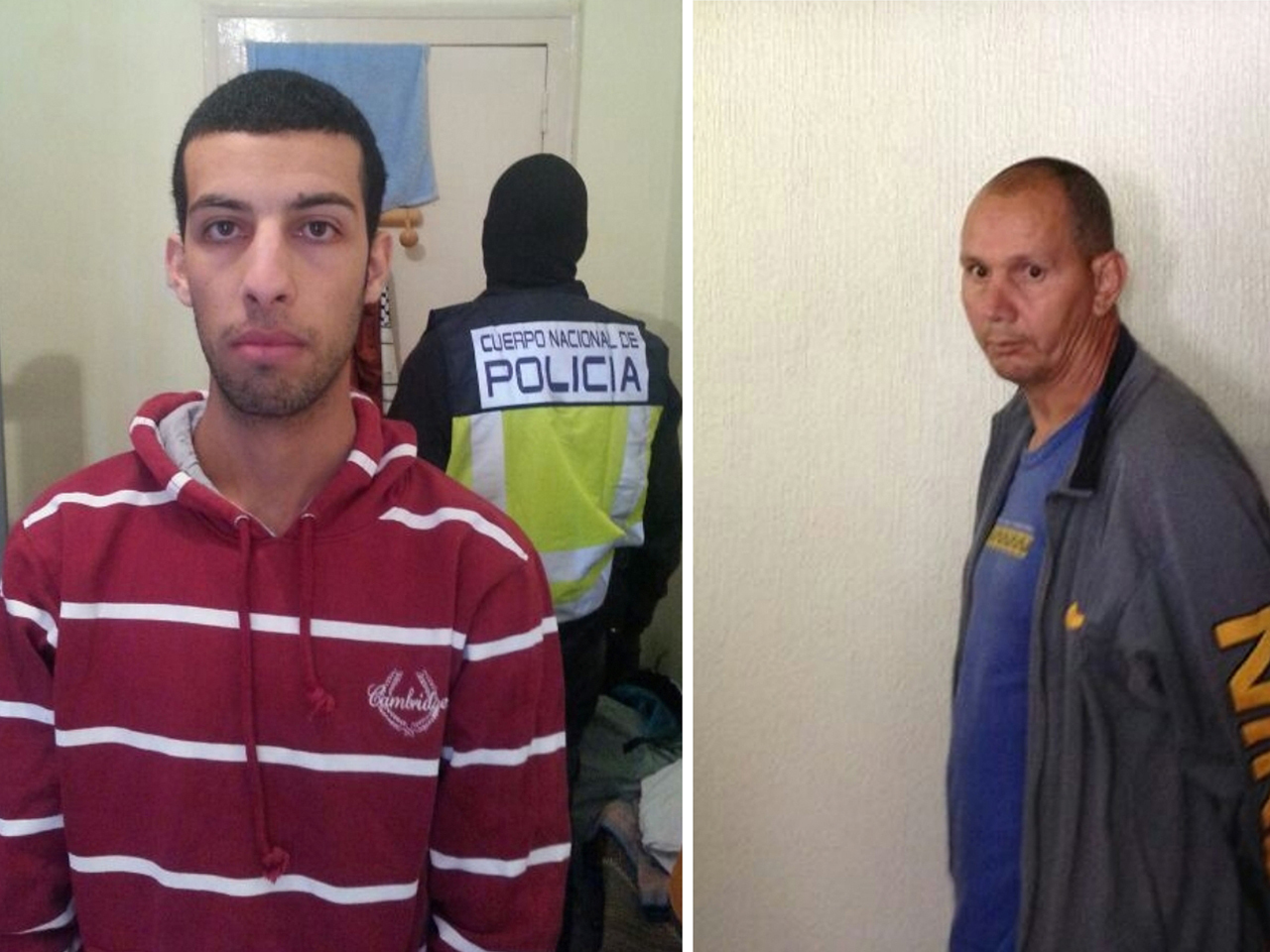 MADRIDPolice have arrested two suspected members of al Qaeda's North African branch in Spain, one of whom Spanish authorities alleged praised the Boston Marathon bombings, but neither of whom was known to possess any explosives nor be planning any attack.

Interior Minister Jorge Fernandez Diaz asserted to reporters Tuesday that there was "sufficient grounds" to warrant the arrests, adding that they were made to avoid "greater risks." Despite their alleged links to the terror network, Fernandez Diaz described the two suspects — an Algerian and a Moroccan — as essentially acting as "lone wolves."

Fernandez Diaz also said that one of the two arrested had praised the Boston attacks. The private news agency Europa Press, citing the minister, said the praise was found in a document seized by police during the arrests.

Madrid is to stage its own marathon on Sunday. Authorities on Monday said that while no risk or threat had been detected, 1,100 police and security personnel would be on duty.

Two explosions near the finish line of the Boston Marathon on April 15 killed three people and wounded more than 200 others. One suspect in the attacks was killed during a standoff with police, while a second was later arrested after being wounded.

Mediouni, 23, is studying computers while El Jaaouani, 52, is out of work and has petty crime links, the ministry said.

Officials are not aware of any connection between the two suspects and had no information that they possessed explosives or were planning any attack, a ministry spokeswoman said. She spoke on condition of anonymity because ministry rules do not allow her to speak on the record.

The ministry alleged the two were suspected members of a cell linked to al Qaeda in the Islamic Maghreb, or AQIM, a branch of the terrorist network that operates in northwest Africa. The ministry said they regularly visited an Internet website used by AQIM to recruit members.

It said Mediouni had tried to travel to the north of Mali to be trained as a jihadist fighter but international police pressure prevented him from making the trip. A statement from the ministry also said that upon returning to Spain, Mediouni had expressed "frustration at not being able to `die like a martyr."'

The ministry further alleged that El Jaaouani, the Moroccan detainee, had made direct contact with a person in Mali suspected of having been involved with the kidnapping and killing of two French citizens in Niger in January 2011.

Police have been watching the two for the past year and had been working in conjunction with authorities in France and Morocco, the ministry said.