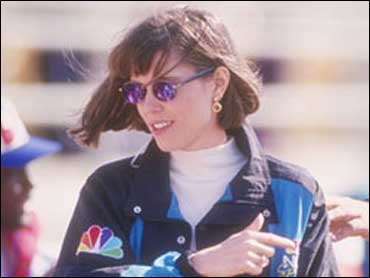 The International Space Station is more overbooked than a Vermont bed-and-breakfast during wedding season.

It was bound to happen, given the rave reviews broadcast earthward from the snazzy new space station: Russia and the U.S. are having a space-spat over who will be sojourning aboard the ISS this weekend.

NASA, long wary of a Russian plan to blast a space tourist into orbit this weekend, says the potential for problems exists if its Endeavor space shuttle remains docked to the ISS as a result of technical mission delays.

The cash-strapped Russians pooh-poohed the notion Friday and reminded the U.S. that a new escape craft - and not just a space-stunt - was part of their weekend plan.

Russian space officials in Kazakstan said they plan to launch a three-man crew - including space tourist Dennis Tito – to the space station on Saturday in spite of the U.S. space agency's requests.

There was some room for compromise from Mother Russia, however; a space official made clear any decision could be reconsidered.

Computer problems have forced shuttle astronauts to put off operations of a critical robot arm. Because of this, NASA is considering extending the space shuttle Endeavor's stay at the station for a second day.

But Yuri Semyonov, head of Russia's space corporation Energiya, told a news briefing in Baikonur on Friday that NASA's reasons for the possible delay of Russia's launch were "not serious."

"The Americans should solve the problems they're having on the ISS themselves," Semyonov said.

From Russia's perspective, it's not just about space-tourist hucksterism. Russia hopes to replace the ISS' escape craft, whose service lifetime expires at the end of the month, this weekend as well.

For his part, the space tourist is pretty excited.

"Right now I feel better than I've ever felt in my entire life," he said.

Tito, who paid $20 million for the trip, said he had no apprehensions about the dangers of space flight — something he dreamed about since the Sputnik was launched in 1957.

"When you thought about something for 40 years, you visualize it in your mind," he said. "So this is a dream come true."

From behind a glass screen to protect the crew from infection on the eve of the flight, Tito blew kisses at his girlfriend Dawn Abraham, who came to Baikonur, Kazakstan, to watch the launch.

Abraham said she wouldn't go to space even if she were paid — but that she was inspired by his determination.

Anyone can do anything, that is, if room can be found aboard the world's biggest floating status symbol.

Half of coronavirus antibody test results are wrong, CDC says

The CDC says the antibody tests should not be used to make coronavirus-related policy decisions.