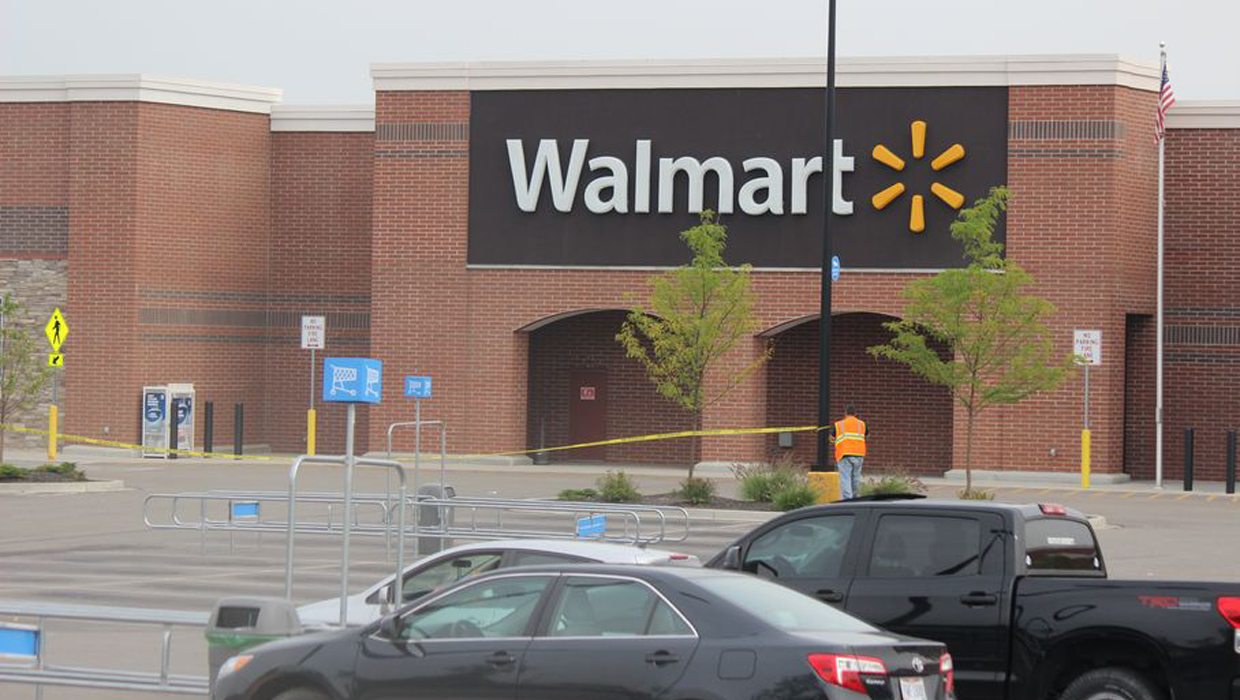 BEAVERCREEK, Ohio - The gun held by a 22-year-old man who was shot dead Tuesday night at a southwest Ohio Walmart was just a realistic-looking toy, a law enforcement source told CBS affiliate WHIO.

Police in the Dayton suburb of Beavercreek fatally shot John Crawford for allegedly waving what appeared to be a rifle at customers in the store. The station reports the "weapon" may only have been some type of BB or pellet gun that Crawford got and opened in the Walmart.

April and Ronald Ritchie, of Riverside, told WHIO that they were in the hardware department Tuesday around 8:20 p.m. when they saw a man walking the aisles carrying what they thought was a real gun, pointing it toward the sky. The couple called 911.

The couple said they followed Crawford at a safe distance. "Anytime I saw people walking his way, I would get their attention," April Ritchie said. She said the man was cradling a cellphone between his left ear and shoulder while he messed with the rifle.

"He just kept messing with it and I heard a clicking," April Ritchie said.

Ronald Ritchie said Crawford "was just waving [the gun] at children and people...I couldn't hear anything that he was saying. I'm thinking that he is either going to rob the place or he's there to shoot somebody.

"He didn't really want to be looked at and when people did look at him, he was pointing the gun at them. He was pointing at people. Children walking by," Ronald Ritchie said.

The station reports that police arrived and told Crawford to put the weapon down. The Ritchies said two shots were fired, knocking the suspect backward. When Crawford reportedly tried to get up, he was tackled by an officer who then handcuffed him and turned him on his back.

The Montgomery County coroner's office confirmed that Crawford died at the hospital as a result of the gunshots fired by police.

According to WHIO, 37-year-old Angela D. Williams was at the store at the time and collapsed while running away from the situation. She was taken to the hospital and pronounced dead. The coroner's office reported that Williams had a medical condition which was the cause of her death. The woman's coworkers told the station she was to be married on Saturday.

The Walmart was closed overnight and reopened shortly before 11 a.m. Wednesday, WHIO reports.