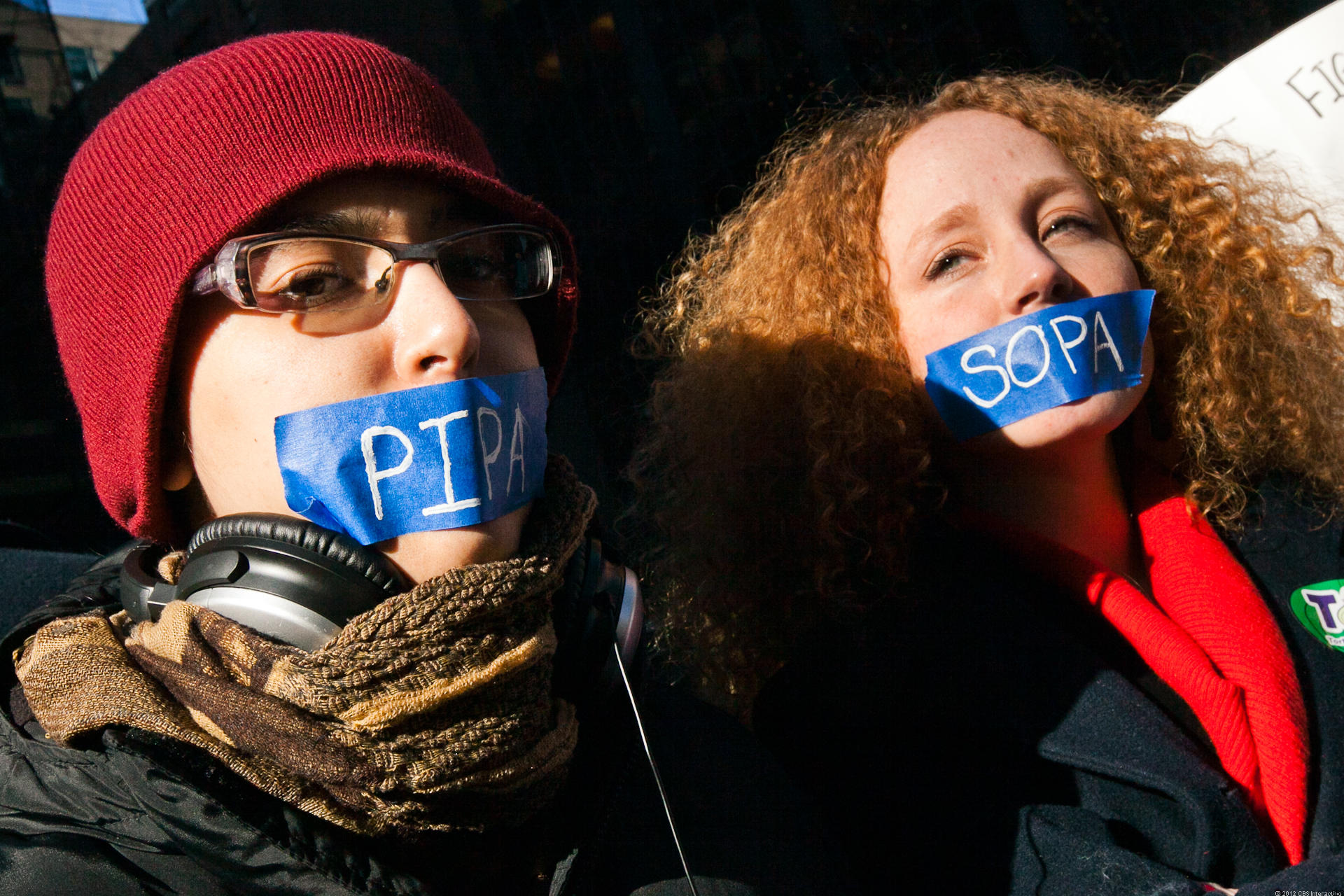 (AP) - Yielding to strong opposition from the high tech community, Senate and House leaders said Friday they will put off further action on legislation to combat online piracy.

Senate Majority Leader Harry Reid, D-Nev., said he was postponing a test vote set for Tuesday "in light of recent events." Those events included a petition drive by Google that attracted more than 7 million participants and a one-day blackout by the online encyclopedia Wikipedia.

House Judiciary Committee chairman Lamar Smith, R-Texas, quickly followed suit, saying consideration of a similar House bill would be postponed "until there is wider agreement on a solution."

The Senate's Protect Intellectual Property Act and the House's Stop Online Piracy Act have strong support from the entertainment industry and other businesses that lose billions of dollars annually to intellectual property theft and online sales of counterfeit products. But they also have strong opposition from Internet-related companies that argue the bill would lead to over-regulation and censorship of the Internet.

Reid has also seen at least a half-dozen senators who sponsored the bill announce they now oppose it.

Reid said counterfeiting and piracy cost the American economy billions of dollars every year and "there is no reason that the legitimate issues raised by many about this bill cannot be resolved." He said he was optimistic about reaching a compromise in the coming weeks.

"The day will come when the senators who forced this move will look back and realize they made a knee-jerk reaction to a monumental problem," he said. Criminals in China, Russia and other countries "who do nothing but peddle in counterfeit products and stolen American content are smugly watching how the United States Senate decided" it was not worth debating the bill.

The two bills would allow the Justice Department, and copyright holders, to seek court orders against foreign websites accused of copyright infringement. They would bar online advertising networks and payment facilitators such as credit card companies from doing business with an alleged violator. They also would forbid search engines from linking to such sites.

The Tuesday vote was on whether to move the legislation to the Senate floor for debate. With the recent desertions and a statement Thursday by Senate Republican leader Mitch McConnell that it is too early to consider the bill, it appeared supporters lacked the 60votes needed to advance the measure.

McConnell on Friday applauded Reid's decision, saying it would "prevent a counterproductive rush toward flawed legislation."

In the House, Smith said he had "heard from the critics" and resolved that it was "clear that we need to revisit the approach on how best to address the problem of foreign thieves that steal and sell American inventions and products." Smith had planned on holding further committee votes on his bill next month.

The bill's opponents were relieved it was put on hold.

Markham Erickson, executive director of NetCoalition, commended Congress for "recognizing the serious collateral damage this bill could inflict on the Internet."

The group represents Internet and technology companies including Google, Yahoo! and Amazon.com. Erickson said they would work with Congress "to address the problem of piracy without compromising innovation and free expression."

Rep. Darrell Issa, R-Calif., who has joined Sen. Ron Wyden, D-Ore., in proposing an alternative anti-piracy bill, credited opponents with forcing lawmakers "to back away from an effort to ram through controversial legislation."

But the CEO of the Motion Picture Association of America, former Connecticut Democratic Sen. Chris Dodd, warned that, "as a consequence of failing to act, there will continue to be a safe haven for foreign thieves." The MPAA, which represents such companies as Walt Disney Studios Motion Pictures, Twentieth Century Fox Film Corporation and Warner Bros. Entertainment Inc., is a leading advocate for the anti-piracy legislation.