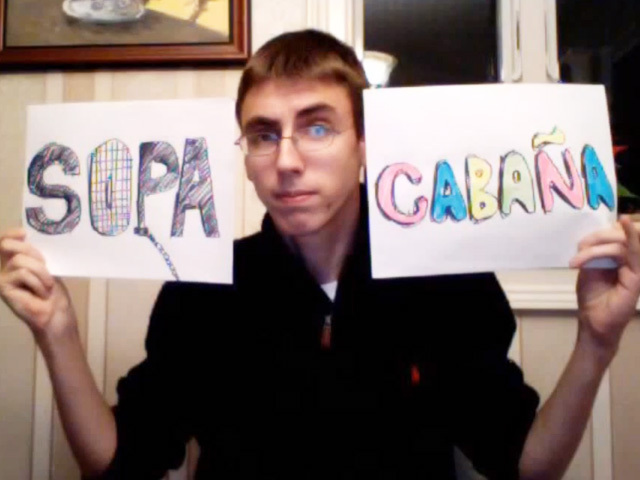 The catchy tune features photos of 86 people and a cat holding up lyrics to the song to protest the "Stop Online Piracy Act (SOPA)."

Tech Dirt reported that Bull asked for volunteers on his Facebook page and the "whole video was put together over the last few hours."

"I'm tackling SOPA, the bill that is threatening the whole internet. I need you guys to help. I want photos of people holding up the lyrics on pieces of paper," Bull wrote on his Facebook page yesterday. The finished video went up today on YouTube and found itself on Reddit and the Pirate Bay homepage.

There have been heated debates all over the Internet. Some of the most vocal critics come from the link-sharing site Reddit. Its general manager Erik Martin stated in a comment thread that SOPA would mean the end of Reddit.

The statement posted under his user name, hueypriest, talks of the implications SOPA would have on small websites.

"If SOPA passes in anything like it's current form, it would almost certainly mean the end of reddit. It may not happen overnight, but we have a very small staff (~11, mostly engineers), and even dealing with DMCA stuff is a big burden for us. SOPA would make running reddit near impossible. And we have access to great lawyers through our parent company. I can't imagine how smaller sites without those kind of resources could even attempt a go at it if SOPA passes."