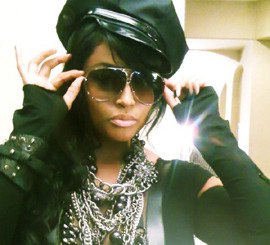 NEW YORK (CBS) Singer Somaya Reece may have opened up a can of worms.

While on the "Star & Bucwild Show," Reece recently caused a stir by exposing intimate details about her relationship with rapper Joe Budden.

When asked about her relationship with the rapper behind closed doors, Reece attempted to be sly and replied with "if he could have gotten past Cialis.com, then it might've happened."

"Cialis.com, for anyone that doesn't know, is where people that have erectile dysfunction get pills," Reece added.

Budden took to his Twitter account and responded to Reece's comments by saying, "Publicity is 1 hellofa drug."

Reece has made appearances on HBO's "Entourage," "Girlfriends," and the movie "American Psycho," while Budden is best known for his 2003 rap hit "Pump It Up."