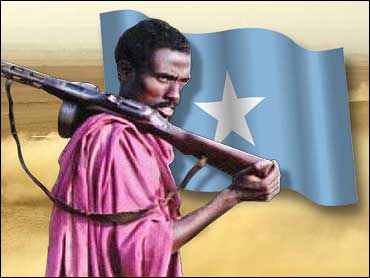 A Somali radio journalist whose daily program focused on the plight of civilians in this violent city was fatally shot outside his office early Saturday in an apparent assassination, officials said.

"The killing was meant to prevent a real voice that described the suffering in Mogadishu to other Somalis and to the world," Sharmarke said. "Elmi was a symbol of neutrality."

Mogadishu is increasingly seized by an Iraq-style guerrilla war, with frequent roadside bombs and mortar attacks. Thousands of civilians have been killed, and a fifth of Mogadishu's 2 million residents have fled to squalid camps.

Islamic militants vowed to wage an insurgency in December, when they were toppled by Ethiopian troops supporting Somalia's government. Somalia has been mired in chaos since 1991, when warlords overthrew dictator Mohamed Siad Barre and then turned on each other.

Elmi was married with a son and a daughter.

His death was the first targeted killing of a journalist in recent memory, said Sudan Ali Ahmed, chairman of the Mogadishu-based Elman Human Rights Organization. "We condemn those who were behind the killing," Ahmed said.

The government has accused independent radio stations of airing programs "likely to cause unrest."

On Friday, police raided Mogadishu-based Shabelle radio and detained eight journalists for several hours, said Aweis Yusuf Osman, editor of the station's English service. Other stations, including HornAfrik, also have been forced off the air for days at a time this year.