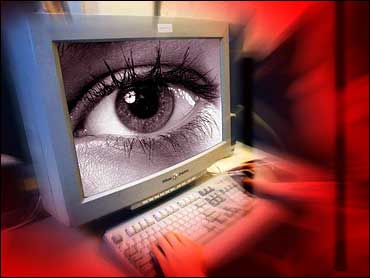 Your Twitter messages may just be 140 characters, but they can tell the world a lot about you.

As "Early Show" National Correspondent Hattie Kauffman reported Friday, telling friends your every move on social networks could be dangerous.

Kauffman pointed out that a new Web site called PleaseRobMe.com is re-posting people's messages, and uses a location-sharing Web site to post where you are when you're not at home.

To test out the site, Kauffman used the Web site to locate a man at the Heartland Brewery in Manhattan. By the time he arrived at the restaurant, "The Early Show" was there to meet him.

He told "The Early Show", "I didn't know it was going to go to anything beyond my Twitter and Facebook networks. I really didn't know who was paying attention. So this is a shock."

The folks behind the site don't really want you to get robbed, Kauffman said. The owners of the site said in a YouTube video, "We need to show people what the potential reach of those messages can be."

Molly Wood, executive editor of CNET.com, "It really made people realize in a way they didn't before that there's a lot of personal information about them and they might in fact be vulnerable if they're telling people about their whereabouts every minute of the day."

While Hollywood's "bling ring" broke into the homes of stars after tracking them online, experts say underage tweeters are even more vulnerable.

Wood said, "You really don't want predators or somebody like that getting a hold of information about where your kid is at all time."

Still, the man followed by "The Early Show" says he won't stop tweeting.

He said, "I understand the risks associated with it but I think the benefit -- to meet people -- will out weight those risks."

But Robert Siciliano, chief executive officer of IDTheftSecurity.com, said on the broadcast Friday the public is "in the dark" about social media and the risk people put themselves in.

As for the Web site PleaseRobMe.com, Siciliano said it's only a matter of time until a "whack job" takes the site up on its offer.

"Early Show" co-anchor Harry Smith pointed out there have been no reports or burglaries because of this Web site thus far. They site, he said, says they're just trying to raise awareness.

But Siciliano said the site's doing more harm than good.

"I am all about exposing the flaws in the system. But when you're shining a big bright light on somebody's home and telling the world that they're not home, obviously ethically I don't position that's right," he said.

"In general, the public needs to be aware that they are putting themselves at risk," Siciliano said. "And if you're telling the world that you're not going who be home for a couple hours, that you're with your toes buried in the sand, you're certainly putting your home and your family at risk."
: