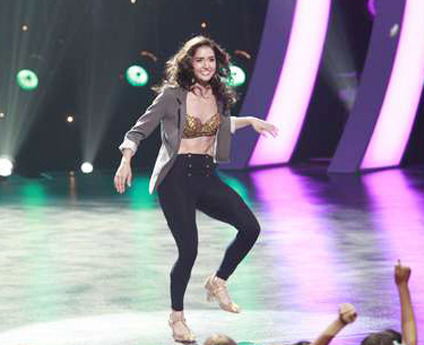 After landing in the bottom three for three consecutive weeks, Sullivan, 22, finally got the boot on Thursday night's result show.

PICTURES: "So You Think You Can Dance:" Season Seven Top 11 Dancers

This decision came as no surprise since judge Nigel Lythgoe made it clear to viewers that he wanted the Long Island native to leave during last week's result show.

"Melinda, I adore you, we all adore you, that's why you are here on this program," judge Nigel Lythgoe said to Melinda after she learned her fate. "You, without question, dance to the beat of your own drum."

Robert Roldan and surprisingly, Billy Be, joined Sullivan in the bottom three. But it was Sullivan's weak Salsa performance on Wednesday night that ultimately helped Roldan and Be remain in contention.

Next week, the remaining eight contestants will perform two routines, one with an All-Star they've never been paired with before, following one with their fellow contestants.