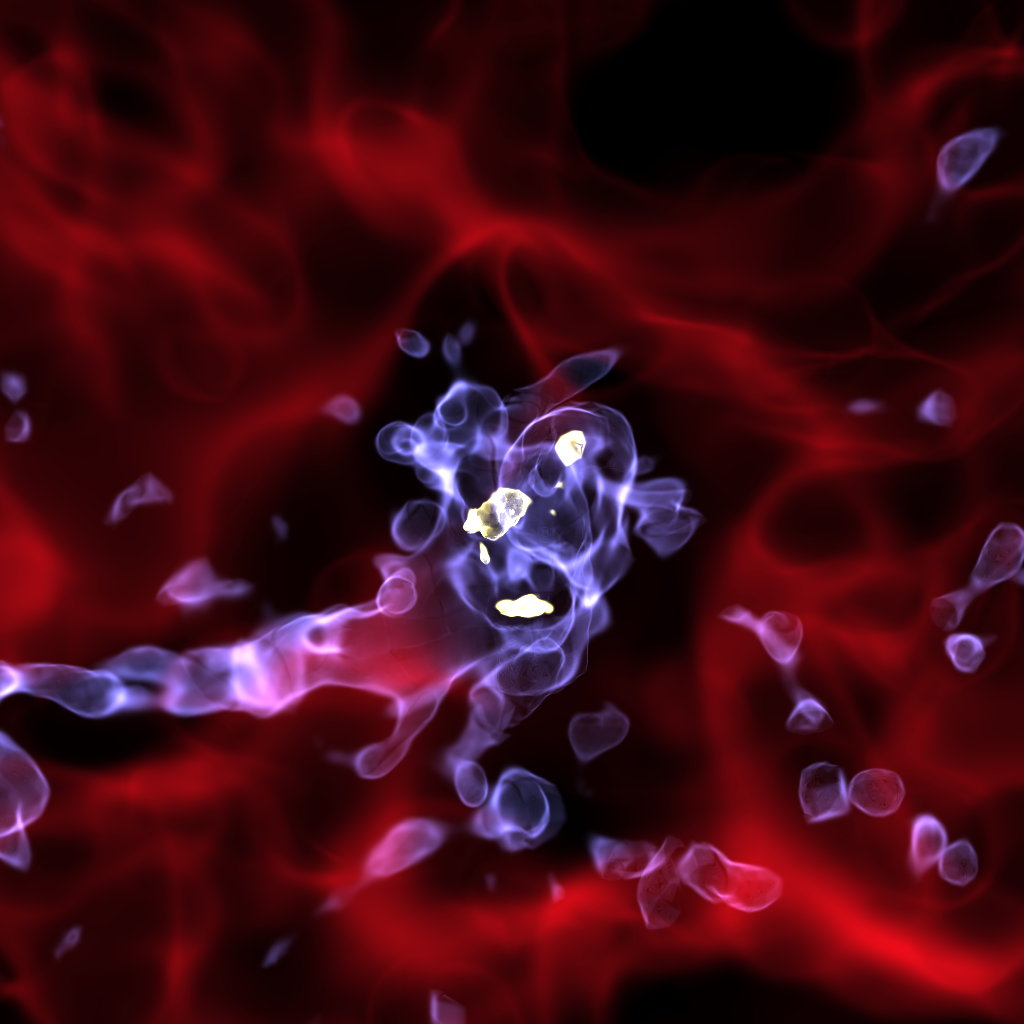 Ever since they were discovered about two decades ago, submillmetre galaxies or SMGs have fascinated astronomers.

They are the brightest galaxies in the universe, forming about 2 billion years after the Big Bang. Their brightness has long sparked debate about how they formed.

"Twenty years ago, people said, 'Oh wow, they are so much brighter than anything else. What are they?'" Haverford College's Desika Narayanan said. "The prevailing theory was that they are a collision of two galaxies. The reason is that galaxy merges form a lot of stars all at once and, when stars form, a galaxy get really bright."

But there were problems with that theory, including the fact there just aren't enough of these mergers to make up this population of SMGs.

Now, Narayanan and his colleagues have published a study in Nature that offers evidence that supports a competing theory known as smooth accretion hypotheses in explaining the formation of these bright galaxies that are about 10 to 12 billion light years away.

Using super computers to conduct galaxy-formation simulations, they were able for the first time to produce SMGs - sustaining star formation rates of 500-1,000 solar masses per year for a billion years - that formed as a result of lots of gas rather than any kind of merger. Until now, models weren't able to produce SMGs fueled by gas that were bright enough.

"What it suggests is these very massive galaxies in the early universe grow by dragging in gas from the intergalactic space - slow and steadily over a few billion years - until they have this huge reservoir of gas," Narayanan told CBS News.

"It uses that gas to form stars at a very rapid rate comparable to what we see in submillmetre galaxies but for a much longer time scale than you would expect with a merger," he said. "A merge would give you 100 million years of boosted star formation or star burst events. In this new model where a massive galaxy drags in gas from intergalactic space, we have star burst that goes on for something like a billion years which is a fairly long time."

Narayanan said the new model has sparked plenty of debate at the conferences he attends.

"Many people in the community love galaxy merges for possible origin of these systems," he said. "I've been giving talks on this topic for about nine months or so. Certainly a number of people will say what about this and what about that. It's really exciting going to conferences and sparking debate. You challenge the model and you challenge yourself."

In an article accompanying the Nature study, University of the Western Cape's Romeel Davé said Narayanan et al offers "unprecedented clarity in understanding the origins of such deep-space monsters" and that the authors "have presented the first impressively viable model of SMG formation."

"In a nutshell, the authors find that SMGs plausibly arise from a 'perfect storm' of high rates of gravitationally driven gas accretion, the recycling of previously ejected material, and contributions to the systems' submillimetre luminosity from nearby galaxies that cannot be well resolved observationally," Davé wrote.

But Davé said the merger theory can't be completely ruled out.

"This does not mean that galaxy mergers cannot create SMGs; they probably do," he wrote. "But the current work suggests that they are a minority of cases."

This also may not be the last word on the gas theory. Narayanan said their models only simulated a handful of galaxies, so the true test is when they add more to the mix.

"What we would really like to do is simulate many, many more galaxies and throw a lot more computer time at the problem," he said.