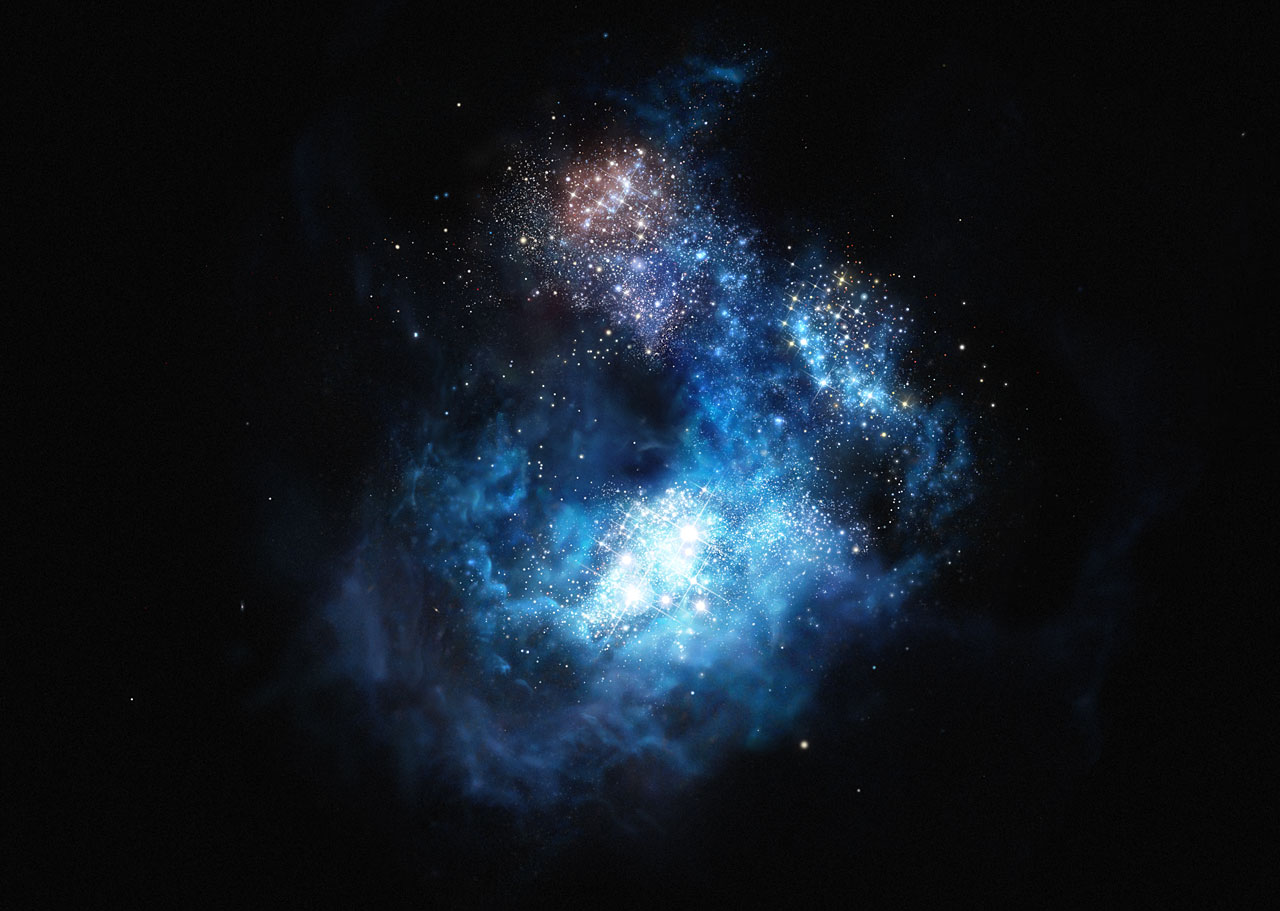 Astronomers have found the brightest galaxy in the early universe and signs of the first generations of stars lurking within it.

The galaxy named CR7 is three times brighter than the most luminous distant galaxy known until now, called Himiko. The newfound galaxy was named for the Portuguese footballer Cristiano Ronaldo, who is known as CR7 after his initials and jersey number.

The stars, known as Population III stars, are believed to have emerged out of the primordial material from the Big Bang. Until now, their existence was purely theoretical. All the heavier chemical elements -- such as oxygen, nitrogen, carbon and iron, which are essential to life -- were forged in the bellies of these stars, the researchers say. In turn, that enabled the creation of the stars around us today, the planets that orbit them, and life as we know it.

These stars would have been blazing hot and huge -- several hundred or even a thousand times more massive than the sun. They are believed to have exploded as supernovae after only about 2 million years, a short lifespan in space.

Until now, the existence of these short-lived stars has been more astronomical myth than reality, with the search for physical proof coming up empty. That contrasts with better known Population I stars like the sun, or Population II stars, which include older stars with a low heavy-element content found in the Milky Way bulge and halo, and globular star clusters.

Using the European Space Observatory's Very Large Telescope (VLT), a team led by David Sobral from the Institute of Astrophysics and Space Sciences at the University of Lisbon in Portugal went looking for the stars in the ancient universe, approximately 800 million years after the Big Bang. The researchers produced the widest survey of very distant galaxies ever attempted.

First, they found the CR7 galaxy. Then, instruments on the VLT called the X-shooter and SINFONI found strong ionised helium emission in CR7 but no sign of any heavier elements in a bright pocket of the galaxy. This was the first strong evidence for clusters of Population III stars, which had ionised gas within a galaxy in the early universe.

"The discovery challenged our expectations from the start as we didn't expect to find such a bright galaxy," Sobral said.

"Then, by unveiling the nature of CR7 piece by piece, we understood that not only had we found by far the most luminous distant galaxy, but also started to realize that it had every single characteristic expected of Population III stars," he said. "Those stars were the ones that formed the first heavy atoms that ultimately allowed us to be here. It doesn't really get any more exciting than this."

Within CR7, bluer and somewhat redder clusters of stars were found, indicating that the formation of Population III stars had occurred in waves, as astronomers had predicted.

"I have always wondered where we come from," Jorryt Matthee, a second author on the paper from the Leiden Observatory in the Netherlands, said in a press statement. "Even as a child I wanted to know where the elements come from: the calcium in my bones, the carbon in my muscles, the iron in my blood. I found out that these were first formed at the very beginning of the Universe, by the first generation of stars. With this discovery, remarkably, we are starting to actually see such objects for the first time."

The next step for researchers is using VLT, the Atacama Large Millimeter/submillimeter Array observatory located in the Chilean Andes, and the NASA/ESA Hubble Space Telescope to confirm beyond doubt that what the researchers found are, indeed, Population III stars -- and to search for others.

The U.S. is less than 24 hours from a series of firsts for the nation's space program: The first manned orbital mission in nearly a decade, and the first using a privately owned and operated spacecraft. 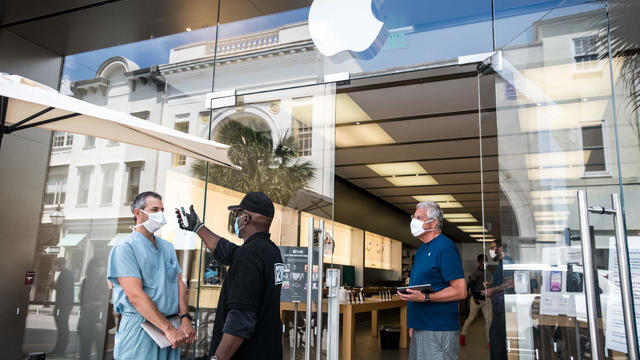 Apple to reopen 100 stores in the U.S. this week

Some of the iPhone maker's retail outlets will require both workers and customers to wear masks. 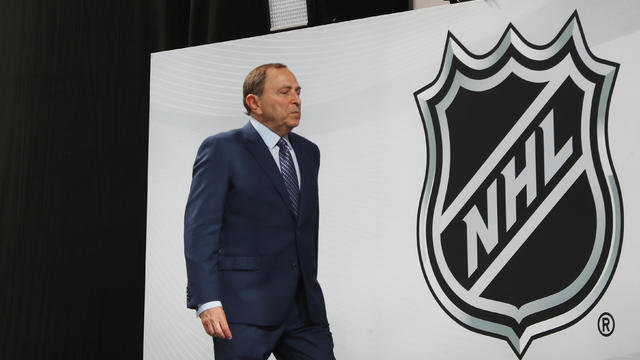 Commissioner Gary Bettman announced that the 2019-2020 regular season is over and play resume with the Stanley Cup playoffs.