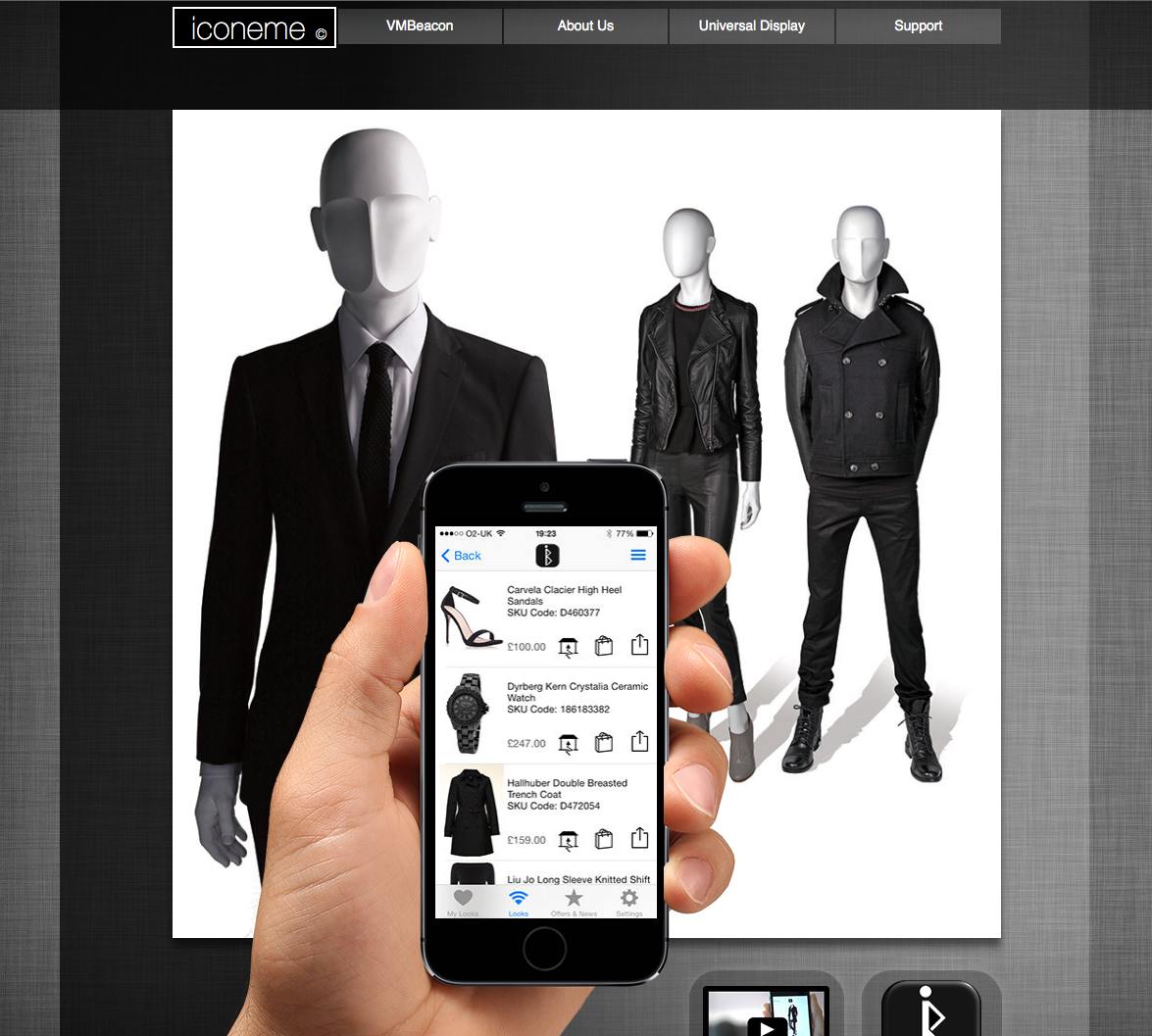 London retail stores are testing out hi-tech mannequins that can communicate directly with shoppers who walk past storefronts on the street. The technology, combining bluetooth transmissions and a new cellphone app, is the creation of mannequin makers and tech entrepreneurs Jonathan Berlin and Adrian Coe. When shoppers who have downloaded their Iconeme app pass by a store displaying clothes on bluetooth-enabled mannequins - they are sent an alert to their phone.

"You open up the app, and up pops all the mannequins that are in the window...you can drill down to see more detailed products with the prices...you can share with your friends on Facebook, Twitter...you can buy [the clothes on the mannequin] directly from the website," Berlin says.

The idea is to bring mannequins, which Berlin's family has been manufacturing since 1951, into the digital age. At Jaeger clothing store on London's Regent Street, mannequins with the Iconeme bluetooth beacon quickly beamed prices and product descriptions for shirts, jackets and accessories on the mannequins to android and iPhones.

Shoppers can come into the store to purchase the item, or if the store is closed the app has a function to allow shoppers to click a few times from outside the store window - and have the product shipped to them.

When asked why anyone would want to turn to a cellphone, as opposed to asking a store clerk for assistance, Jaeger spokeswoman Georgina Drew said the "smart mannequins" are another way to provide service to customers. "This is about a customer having a choice. What is their preferred method of shopping and how they like to engage with us," Drew said.

Iconeme says its research showed that 65-percent of people surveyed would rather walk around a store without being approached by sales clerks. "There are a lot of people who do not want to talk to salespeople -- especially shopaholics," Berlin says.

Aside from Jaeger outlets, UK department stores Bentall's and House of Fraiser, as well as men's clothier Hawes & Curtis are also using the smart mannequins on a trial basis.

It is not just the shopper who gets something out of the free app: retailers also benefit by collecting Iconeme app user information such as their gender, age range and location. They can also monitor the frequency of views of mannequin "looks" uploaded to the app. But Iconeme says shoppers can adjust the app's privacy settings to limit consumer information shared.

A group of teenage shoppers outside the Jaeger store gave the app a thumbs up, and said they didn't mind sharing dress sizes or their digital shopping habits. "I think it would be helpful to a point, if the store knew what I liked," says student Becky Evans.

Retailer Jaeger says that any information gathered is used to enhance the customer experience and would not be shared or sold to a third party.

Iconeme says it plans to roll out smart mannequins to retailers in the United States this fall.