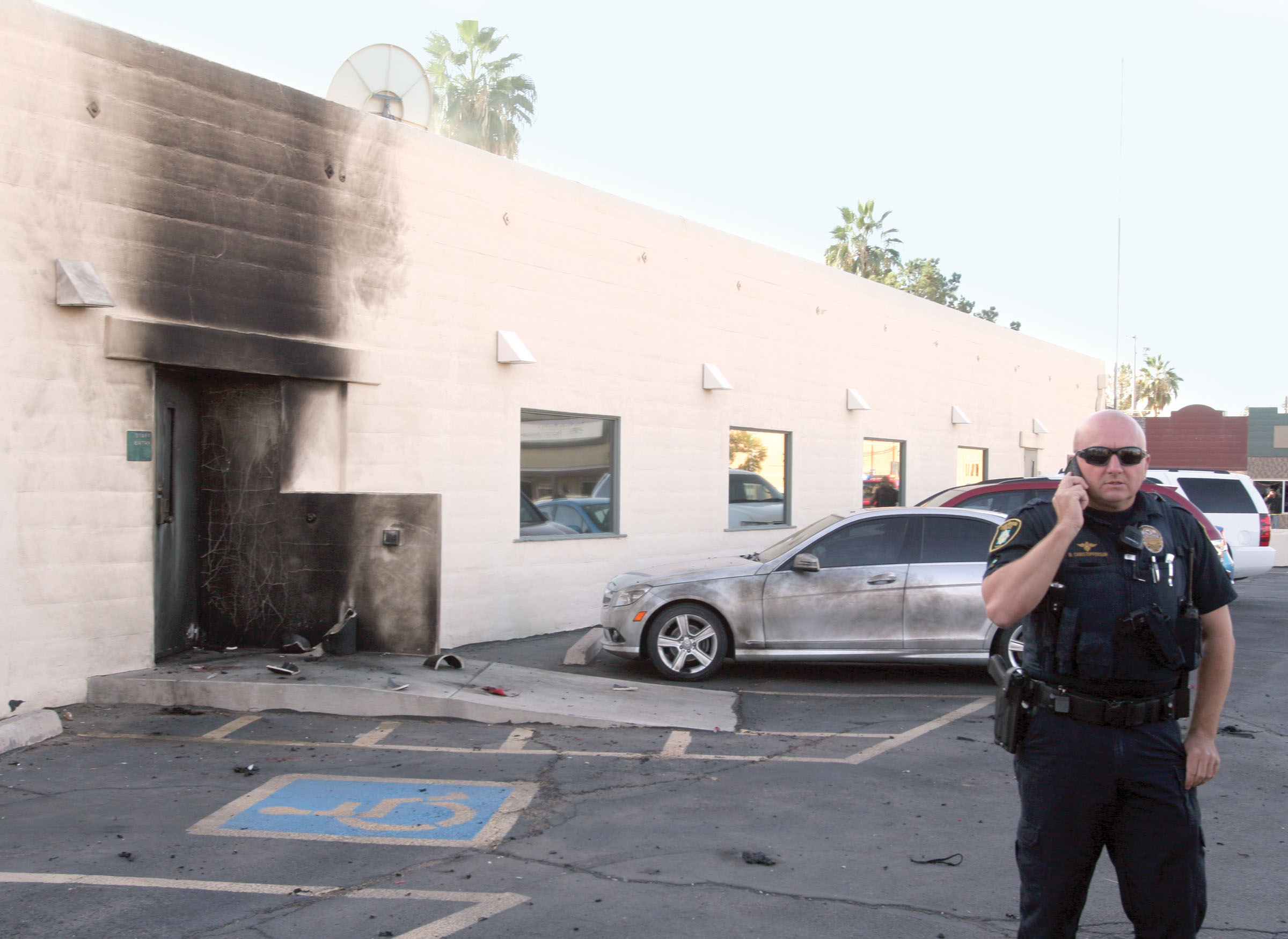 CASA GRANDE, Ariz. Authorities say they're investigating a small explosion that happened at the back entrance of a Social Security Administration office in a small town about 50 miles south of Phoenix.

Casa Grande Fire Marshal Barbara Rice says the explosion was reported just before 8:30 a.m. Friday and no one was injured.

Television images show the building was blackened around the entry door, but Rice says the damage was not extensive.

Aerial news footage showed extensive damage to a doorway in the back of the building and to the side of an car near the doorway, CBS affiliate KPHO reported.

The federal Bureau of Alcohol, Tobacco, Firearms and Explosives has investigators at the scene. ATF spokesman Tom Mangan says they are just starting their work and more information will be available later Friday morning.

Casa Grande police did not immediately respond to requests for information.