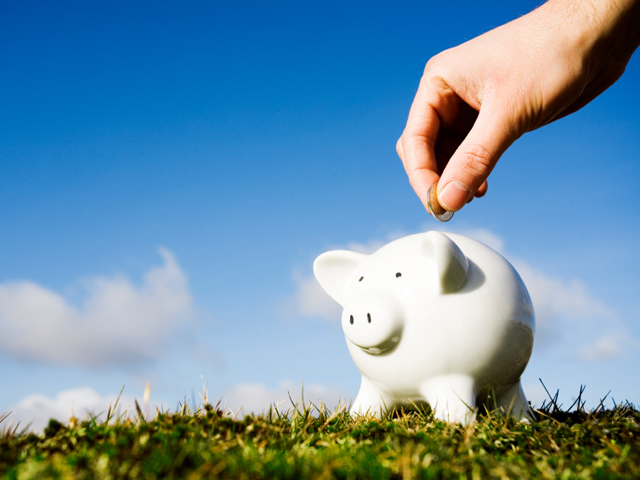 NEW YORK Kari Warberg Block calls it her day of reckoning. It was the day 10 years ago that she realized she had saved nothing for her retirement.

"I started thinking about all the money that had run through my hands over the years, millions of dollars," says Block, owner of Earth-Kind, a manufacturer of rat and mice repellent. "I was sick to my stomach."

For many small business owners, the golden years aren't looking so shiny. Many have devoted so much time and money to their businesses that they have failed to plan for retirement. Catch-up plans for these owners usually consist of aggressively putting money aside, or taking another big risk: planning to sell their companies one day to fund their retirement.

Block, 50, who has owned four companies over the years, didn't start saving for retirement until she was unable to get a loan for Earth-Kind in 2003, three years after she started the company, based in Bismarck, N.D. Her bank asked for a statement showing her personal financial holdings, including savings and investments. She had only an annuity she had purchased when she was 18, and a family inheritance. She had never taken money for her retirement out of the companies she had previously owned, which included bookkeeping and delivery services.

"I looked at the personal finance statement and realized there's nothing here," Block says. Bankers want to see an owner's personal finances because they believe that people who handle their savings and investments well will also do a good job running their companies and be a good credit risk.

Block sought advice on how to save from a Small Business Development Center, a government-sponsored office that gives free counseling to business owners. She also got help from investment brokers, asset managers, an accountant and an attorney. And she began a savings regimen. She contributes 3 percent of her salary to her retirement account, an amount matched by the company. And 100 percent of any distributions she takes from the business also go toward retirement. Every morning, she spends 10 minutes going over her finances.

Before Block began saving, she was in good company. Of small business owners surveyed by American Express, 60 percent say they're not on track to save the money they need for retirement.

Moreover, 73 percent said they're worried about their ability to save for the lifestyle they want in retirement.

The recession made saving more difficult, if not impossible, for many owners. The downturn, and the plunge in lending to small businesses, during the past five years forced many owners not only to put saving on hold, but also to use personal assets like bank accounts, stocks and mutual funds to keep their companies running. In the first quarter, a survey of small business owners by Pepperdine University and Dun & Bradstreet Credibility Corp. found that 42 percent had used personal assets to fund their companies. Nearly 80 percent of those owners dipped into their savings or investments. A year earlier, 46 percent used personal assets, and 68 percent turned to savings and investments.

The recession forced Len Polonsky to stop saving. Revenue slid at his medical and office supply company, MedStock. He cut more than half his staff of 20 through layoffs and attrition and reduced his own salary by more than 50 percent. He also stopped drawing from the company's profits to fund his retirement plan. Having enough money to pay the company's other expenses was the priority.

"What is crucial is to make sure the place is viable," says Polonsky, whose 13-year-old company is located in Farmingdale, N.Y.

Polonsky, 56, isn't worried about his retirement because he considers his company to be his 401(k), but he does have some savings and investments. He says he wants to resume saving when the business is stronger. He thinks that will take another year.

"We're probably going to need to see sales up more than 20 percent than we're doing now," he says.

Saving for retirement often takes a backseat to building a company for many owners in good times or bad. Many don't want to spare money that could be used for research and development, new hires or purchases of equipment or property. A study by the Small Business Administration found that only about a third of owners had individual retirement accounts or made contributions to them in 2006. Only 18 percent had a 401(k). In comparison, nearly two-thirds of all families had some sort of retirement savings, either from an employer or their own IRA or similar accounts in 2007, according to the Employee Benefit Research Institute.

Younger owners are even less likely to save for retirement. The SBA study found that nearly 17 percent of owners under 35 had IRAs, compared with about 34 percent for those age 35 to 49 and 41 percent for those 50 and older.

Financial advisers say small business owners are making a mistake when they don't make their personal finances as much of a priority as their companies' finances. If the company goes under, the owner can be left with nothing.

"They're not diversifying. They're not spreading the risk if all their assets are in one company's stock," says David O'Brien, a financial planner in Richmond, Va., whose clients include engineering firms and technology companies.

Trent Porter, an accountant and financial advisor in Denver, says some of his clients in the real estate and construction industries found out the dangers of neglecting their personal finances when the housing market collapsed. Not only had they not saved for retirement, they didn't have a safety net.

"It was a very big wake-up call for them. All of a sudden, they realized, 'I might need to have a couple of sources of income other than the company' " he says.

Although many owners had a hard lesson from the recession, many others believe putting money into their companies is more important.

Saving for retirement just isn't a priority for Michael Maher, 28, co-owner of Taylor Stitch, a four-year-old clothing retailer based in San Francisco. He and his partners used their own savings to start and build the company, and they're relying on their cash flow to buy inventory and run the business.

"We're plowing all our money back into the company for the most part and taking a nominal salary," he says.

Maher expects to own more companies in the future, including clothing businesses. He expects to sell the businesses and get his retirement savings from the proceeds. And he believes that a company he runs is a better investment than the stock market.

"I am investing money in a business that I think is viable and that I control instead of investing in something that I don't control," he says. "I'm controlling my own destiny."