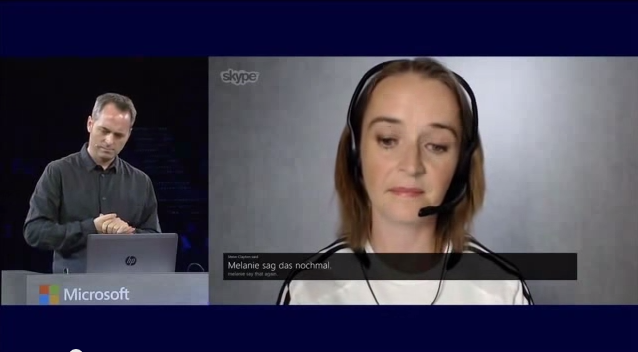 Microsoft announced Monday that Skype is accepting applications for a limited number of openings to preview, test and comment on the translation service, due later this year.

The translator is being developed by Skype and the engineers behind Microsoft's automatic translator, which is integrated into various Microsoft products, including Office, Internet Explorer and Bing.

The service translates speech in real-time from one language to another. One caller speaks, and -- after a pause -- the software translates what was said, prints it as subtitles on the other caller's screen, and reads it out loud in a standard computer-speech voice.

Satya Nadella, Microsoft's CEO, and Skype's corporate vice president, Gurdeep Singh Pall, showed the app in action for the first time in May at the Re/code Code Conference. Pall demonstrated by holding a Skype video call with a colleague. He spoke English, she spoke German. (Video below.)

The translation was not flawless, but Microsoft hopes that feedback from the preview release will help improve accuracy. "It'll have a few rough edges but the more conversations it translates, the better it'll get," Skype said on its blog.

The preview program is only available for Windows 8.1 computers and tablets, and will offer a limited selection of languages. Eventually, Microsoft plans to expand to other languages and platforms.