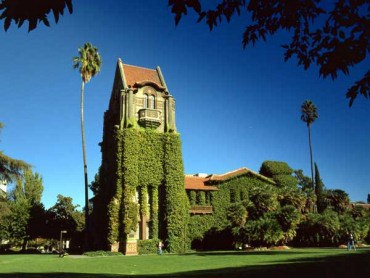 SAN JOSE, Calif. - Three white San Jose State University students have been charged with a misdemeanor hate crime and with battery for allegedly abusing a freshman roommate who is black.

According to CBS SF Bay Area, the accused used derogatory language towards the victim, flew a confederate flag in their dorm, and fastened a bicycle lock around his neck.

Prosecutors filed the charges late Wednesday against Logan Beaschler and Colin Warren, both 18, and 19-year-old Joseph Bomgardner. They each face up to a year in jail if convicted.

Prosecutors said the abuse began in August when an 18-year-old African American student was named “Three-Fifths” by his white roommates as a reference to way the U.S. government, during its early history, counted blacks.

When the freshman protested, they proceeded to call him “Fraction.”

CBS SF Bay Area reports the roommates then allegedly hung a confederate flag in the dorm, wrote the N-word on a dry-erase board and later fastened a the bike lock around his  neck.

According to the station, the alleged victim’s parents saw the flag and the dry-erase board with the racial epithet and reported it to housing officials.

In a statement, Deputy District Attorney Erin West said the roommates also decorated the suite with Nazi symbols and photographs of Adolf Hitler.

“We are all victimized when a criminal act targets someone because of their actual or perceived race, color, religion, ancestry, national origin, sexual orientation, gender or disability,” said West.

On Thursday morning the Black Student Union planned to hold a “Black Thursday Rally” on campus.

The students charged admitted their harassment to the San Jose Mercury News but downplayed the incidents as pranks and denied that they are racists.

University spokeswoman Pat Lopes Harris said the incident was still under investigation. No decision has been made on whether the students will be sanctioned.