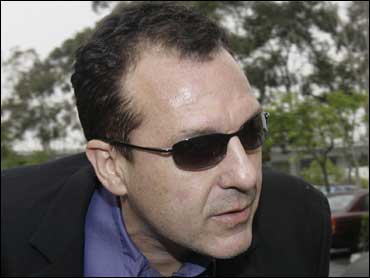 Tom Sizemore was sentenced Monday to 16 months in prison for violating his probation in a drug case.

Superior Court Judge Cynthia Rayvis ordered the sentence after authorities said they found methamphetamine in the actor's car May 8 in Bakersfield.

Sizemore, 45, was on probation for a previous drug conviction.

He was arrested in Bakersfield for investigation of seven drug-related charges, including methamphetamine possession.

He has been in jail without bail since June 5, when he surrendered on a warrant alleging he had violated his probation.