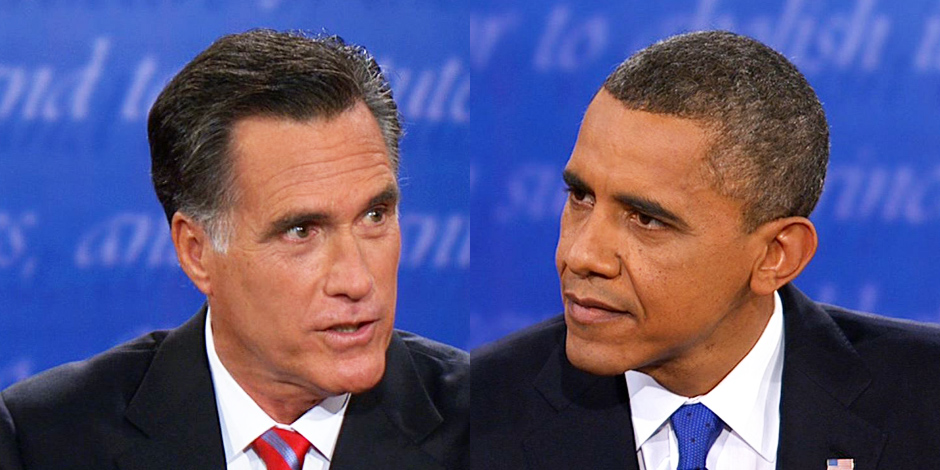 President Obama told Mitt Romney "the 1980's are calling to ask for their foreign policy back" referring to Mr. Romney previously saying Russia was America's biggest geopolitical foe.  "Governor Romney, I'm glad that you recognize that al Qaeda is a threat, because a few months ago when you were asked what's the biggest geopolitical threat facing America, you said Russia, not al Qaeda; you said Russia, in the 1980s, they're now calling to ask for their foreign policy back because, you know, the Cold War's been over for 20 years," the president said. "But Governor, when it comes to our foreign policy, you seem to want to import the foreign policies of the 1980s, just like the social policies of the 1950s and the economic policies of the 1920s."

Romney: "Can't kill our way out of this mess"

Mr. Obama told Romney the Navy has fewer ships, horses and bayonets than in 1916 because the nature of the military has changed. "You mentioned the Navy, for example, and that we have fewer ships than we did in 1916. Well, Governor, we also have fewer horses and bayonets, because the nature of our military's changed," Mr. Obama said. "We have these things called aircraft carriers, where planes land on them. We have these ships that go underwater, nuclear submarines. And so the question is not a game of Battleship, where we're counting ships. It's what are our capabilities."

Romney attacked Mr. Obama at the final presidential debate for "skipping" Israel on his foreign trip; the president, in turn, hit Romney for holding fundraisers on his Israel trip. "Mr. President, the reason I call it an apology tour is because you went to the Middle East and you flew to Egypt and to Saudi Arabia and to Turkey and Iraq. And by the way, you skipped Israel, our closest friend in the region, but you went to the other nations," Romney said. "And by the way, they noticed that you skipped Israel. "

Mr. Obama responded, "If we're going to talk about trips that we've taken -- when I was a candidate for office, first trip I took was to visit our troops. And when I went to Israel as a candidate, I didn't take donors. I didn't attend fundraisers. I went to ... the Holocaust museum there, to remind myself the nature of evil and why our bond with Israel will be unbreakable."

Mr. Obama responded to Romney's worry of a silent trade war with China by stating the GOP nominee's past with Bain Capital, a company that once shipped jobs overseas.  "Well, Governor Romney's right, you are familiar with jobs being shipped overseas because you invested in companies that were shipping jobs overseas," the president said. "And, you know, that's -- you're right. I mean that's how our free market works. But I've made a different bet on American workers. If we had taken your advice Governor Romney about our auto industry, we'd be buying cars from China instead of selling cars to China"

Romney defended his position against providing government "bailout" assistance to the U.S. auto industry, and said President Obama is decreasing American industry competitiveness by "investing in companies" instead of research. "I'm a son of Detroit. I was born in Detroit. My dad was head of a car company. I like American cars. And I would do nothing to hurt the U.S. auto industry," Romney said.