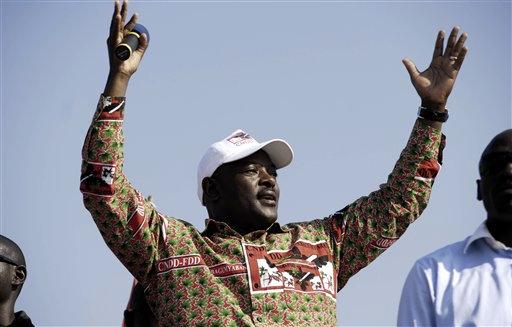 He's a bit hunched over these days, his gait slowed somewhat by his 87 years, most of them spent traveling from one gig to another.

But when Lalo Guerrero picks up a guitar and begins to sing — first in Spanish and then in English — there's no doubt one is in the presence of the father of Chicano music.

"It was 'Pancho Lopez' that started it all," Guerrero says, chuckling at the memory of the unlikely bilingual hit, which parodied another novelty song of its day, "The Ballad of Davy Crockett."

It was 1955, and thanks to Walt Disney Co.'s promotional machine, the nation was enraptured with the larger-than-life frontiersman who died at the battle of the Alamo in 1836. There was a Davy Crockett TV movie, toy rifles and "coonskin" caps, and a song that people couldn't escape hearing, even in the barrio of East Los Angeles.

So Guerrero, already a star in Mexico and the Southwest for traditional Mexican songs, lifted the Disney melody and put it to a humorous ditty about a Pecos Bill-Paul Bunyan type of character from the Mexican state of Chihuahua.

Told by a record producer that if he rewrote it in English, he could have a hit twice over, the bilingual Guerrero did so. And the rest, as they say in all languages, was history.

A string of hit song parodies in both English and Spanish followed, among them "Pancho Claus," "Elvis Perez," "Tacos for Two (to the tune of "Cocktails for Two") and "There's No Tortillas" (to the tune of "O Sole Mio").

But that only scratches the surface. Over the years, there were also big-band recordings, Pachuco swing hits, protest songs and rock 'n' roll in both languages, not to mention rancheras, corridos, boleros, mambos, cha-chas, South American cumbias, Latin pop and even Afro-Cuban rhythms.

"He's a legend and a hero in our culture," says Louie Perez of the band Los Lobos, who is involved in both a forthcoming play and documentary about Guerrero.

"He is the original Chicano musician," Perez continues. "He was doing Chicano music before the term for it was actually coined. ... Everybody thought, 'What was this about?' when we put out our first album in 1983. We were combining Mexican music with rock 'n' roll. Well, Lalo was doing it in the '40s with swing. He is the absolute seed of Chicano music."

Nearly 60 years after releasing his first solo recording ("Pecadora," with its soaring Spanish vocal), Guerrero himself acts all but oblivious to his stature in either the Hispanic community or this desert resort town east of Los Angeles, where the Civic Center sits on a street named Avenida Lalo Guerrero.

With a hearty "Mi casa es su casa," the jovial, garrulous Guerrero escorts (all but drags, really) his guest to a couch in his comfortable tract home. Soon he is calling for a guitar and performing "Pancho Lopez" in Spanish.

He sums up the secret of his musical success with a hearty laugh: "I'm a big ham. I love performing for people."

People love him here in the adopted hometown; he left East Los Angeles more than 30 years ago. The mention of his name prompts a quick smile from a woman at the City Hall reception desk, who happily directs visitors to the Guerrero exhibit with its bust of the musician and picture of him receiving the National Medal of the Arts from President Clinton. There's a similar exhibit at the library and a star on the Walk of Fame in neighboring Palm Springs.

"Oh man, what a life I've had, what a great life," the gray-haired Guerrero muses. "Just look at my life. Try to beat that."

It began in the most humble of circumstances, in an adobe house in the Barrio Viejo neighborhood of Tucson, Ariz., on Christmas Eve 1916.

When he got older, his mother taught him guitar, and during periodic trips to Mexico, relatives inspired him to write songs.

No one in the family is quite sure how many children his mother gave birth to — Guerrero estimates it at 16 to 24 — but only nine survived to adulthood. His father, who worked for the railroad, struggled to make ends meet.

After dropping out of high school during the Depression, Guerrero drifted to Los Angeles, where arranger-producer Manuel Acuna saw him on a street one day. Acting on a hunch, Acuna asked if he was a musician. The next day Guerrero was recording for Vocalion Records.

"It wasn't planned. I didn't have an agent," he recalled. "It just never occurred to me."

Soon, he was writing songs on every subject imaginable, in seemingly every musical form he'd ever heard. They could range from love songs for his parents' homeland like "Cancion Mexicana" to "El Chicano," a stinging indictment of discrimination on both sides of the border.

Then, after a few more moments thought: "I liked Elvis. The Beatles. Rock 'n' roll. Oh man, Chuck Berry, he's one of my heroes."

His own influence has extended to a range of performers, including singer Linda Ronstadt, comedian Cheech Marin and the Chicano activist comedy troupe Culture Clash.

"He was a big influence," Marin recalls. "He had this kind of really intelligent but at the same time street-level humor that was mixed with music, which was right up my alley.

"He would say stuff with a very typical Chicano humor, in that it was naive and sophisticated simultaneously," Marin continues. "It was a Chicano art."

Not that it was easy at times being a pioneer. Guerrero recounts some brutal tales of racism on the road in his autobiography "Lalo: My Life and Music," though often, he says, he was able to fend them off with humor.

His size probably didn't hurt either. At 6-feet-2 and nearly 300 pounds, he cut an imposing figure in his younger years.

"Mark's so good he's another me," he says proudly.

With the years beginning to take their toll, he limits himself these days to performing for family, although he says he continues to write songs and enjoy life.