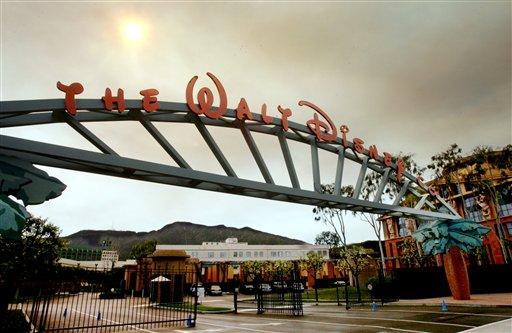 Before you plunk down hundreds for a signed copy of a dusty Beatles album or a golf ball whacked by Tiger Woods, take a good look at it. Chances are, it's fake.

Most celebrity autographs are incredibly difficult to authenticate, experts say, and if a deal to purchase something autographed by your favorite star seems too good to be true, it probably is.

Only six percent of all autographed Beatles memorabilia is authentic, according to PSA/DNA Authentication Services, a California-based organization that examines collectibles. Only 24 percent of Marilyn Monroe and Elvis Presley signatures PSA/DNA has examined were genuine, and only 33 percent of more than 10,000 Woods and Michael Jordan autographs they scrutinized were real.

Celebrities are aware of the problem, but there's not much they can do. Woods won't sign golf balls, because they are such easy targets for forgeries. He says he has seen hundreds of false autographs.

"I feel sorry for the person who buys it and thinks it's authentic," Woods told The Associated Press. "It's a reflection not only on the person that sold it — and they don't care, they get their money. I don't want to leave that impression, because I didn't do it."

PSA/DNA has been tracking fakes for about two years, and started tracking celebrity autographs last year, president Joe Orlando said. The company's experts analyze handwriting and materials, and preside over signings to authenticate signatures. Items are outfitted with a hologram which tracks the life of the signed poster, jersey or album cover.

So far, the company has authenticated more than eight million items, but that doesn't scratch the surface of the millions of forged items out there, Orlando said.

"People's autographs change over time, and you must have a keen eye as a collector," he said. "Experts must know how they change and when they change. Even then, signatures are different all the time. Forgers capitalize on that. It's very tricky."

Memorabilia can also be pricey, but it's worth it to collectors. A Babe Ruth signed ball went for $115,000 and one of his bats fetched $1.3 million at auction. Generally cards, jerseys, albums and posters can be worth a few hundred dollars.

Woods, Jordan and many celebrities use services like Upper Deck or PSA/DNA to verify that their merchandise is real.

"It's curtailed it a little bit," Woods said. "Now we have a way to make sure my signature is authentic with the hologram. The thing is, the average person who wants a quick hit just goes on eBay. 'OK, I get can that for $100,' and boom, they got it," even though it might not be real.

But FBI agent Timothy Fitzsimmons said it's dangerous to rely too much on authenticators.

"The forgers sometimes go to great lengths to get items authenticated," he said. "Sometimes, forged signatures were even identified as real ones, and the real ones as forgeries."

Fitzsimmons says it's most important to find out the item's history, all the way back to its ultimate source. Based in San Diego, he has been working on prosecuting forgers for the past eight years. He said more than 60 suspects have been arrested around the country for selling forged merchandise, mostly on Internet auction houses like eBay.

"Marlon Brando, Tom Cruise, these are very famous people and their signatures are worth a lot because they don't sign too often," he said. "Fakes just breed on the Internet."

eBay officials say the site is just the marketplace, and they don't have access to the items.

"We have policies about what can and cannot be sold, sure. But it's up to the buyer, too. They must know what they're spending their money on," said Chris Donlay, spokesman for the site.

Donlay said there are links to organizations that help figure out if an item is real.

Estee Portnoy, Jordan's business manager, said the basketball legend has had a contract with Upper Deck for about 14 years, and he does signings every month.

"I can't tell you the number of people who call our office, especially parents, to see if we can verify if something they bought is authentic," Portnoy said. "About 99 percent of the time, we can't."