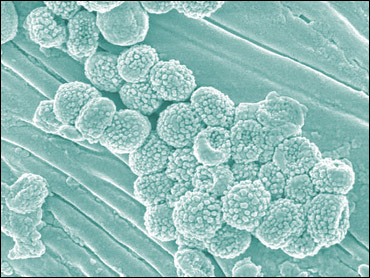 Thousands of lawsuits have been filed in recent years by people who say exposure to mold in their homes or workplaces made them ill. Now a medical review of 50 cases that ended up in court shows little evidence to support the claims.

Researchers reported that in every case, other medical causes could be identified to explain the illnesses believed to be caused by the condition that has come to be known as "toxic mold syndrome."

They concluded that no credible medical evidence has emerged to link mold exposure to the wide range of serious medical conditions associated with toxic mold syndrome.

"We know that mold can make people sick if they end up in the foods they eat," Oregon Health & Science University professor of medicine Emil J. Bardana Jr., MD, tells WebMD. "But there is little evidence that inhaled environmental mold exposure can cause the serious illnesses that have been attributed to it."

As the Gulf Coast begins to recover from Hurricanes Katrina and Rita, health concerns regarding mold exposure have taken on a new urgency.

Hundreds of thousands of homes and other structures submerged in floodwaters for days and even weeks are now covered in mold that feeds on wood, wall board, ceiling tiles, and other surfaces.

Because of the severity of water damage, many of these structures will pose obvious dangers to health, Bardana says.

"There is no comparison between a home that has literally been underwater for extended periods and the cases that we reviewed," he says. "Mold is definitely going to be a huge issue with these houses."

Bardana says the lawsuits began about a decade ago following news reports of a cluster of illnesses among babies living in Cleveland. The illnesses were initially blamed on inhalation exposure to a black fungus known as stachybotrys, which grows on damp, indoor surfaces.

A few years later, a Texas jury awarded $32 million to a family who's newly constructed mansion was contaminated with the mold. In 2003, the Insurance Information Institute estimated that 10,000 mold-related lawsuits were pending nationwide, and the number was growing.

The most common complaints were upper and lower airway problems such as nasal congestion or shortness of breath and cough, nonspecific body complaints, and neurological problems, including dizziness, headaches, memory loss, mood disorders, and insomnia.

Through allergy type tests the researchers found that 14% of pet owners with allergic symptoms were allergic to their own pets. And 61% of those with a complaint of cough were either smokers or former smokers.

They further noted that the environmental testing on the sites considered by the patients to be the source of their problems was often incomplete and did not include other potential irritants that could have caused allergies and other illnesses.

There is little argument that exposure to indoor molds can worsen asthma and allergy symptoms in people who are susceptible. But a government-sponsored committee that examined the issue concluded last year that there is no clear proof that mold causes these complexes of symptoms.

The examination was conducted by The Institute of Medicine, a private, nonprofit health policy advisory group, under the sponsorship of the CDC.

"The committee found very few studies that have examined whether mold or other factors associated with indoor dampness are linked to fatigue, neuropsychiatric disorders, or other health problems that some people have attributed to fungal infestations of buildings," the report stated.

"The little evidence that is available does not support an association, but because of the dearth of well-constructed studies and reliable data, the committee could not rule out the possibility."

University of Tulsa biology professor Estelle Levetin, PhD, agrees that more research is needed to clarify the issue. Levetin is vice chairwoman of the American Academy of Allergy, Asthma, and Immunology's Aerobiology Committee.

She adds that the lawsuits have gotten ahead of the research.

"They are not based on solid science," she says. "There is no hard evidence that proves (mold-related) toxins can cause these health conditions through inhalation. Living in a damp, moldy house can certainly have a negative effect on health, but we can't attribute this to toxins."