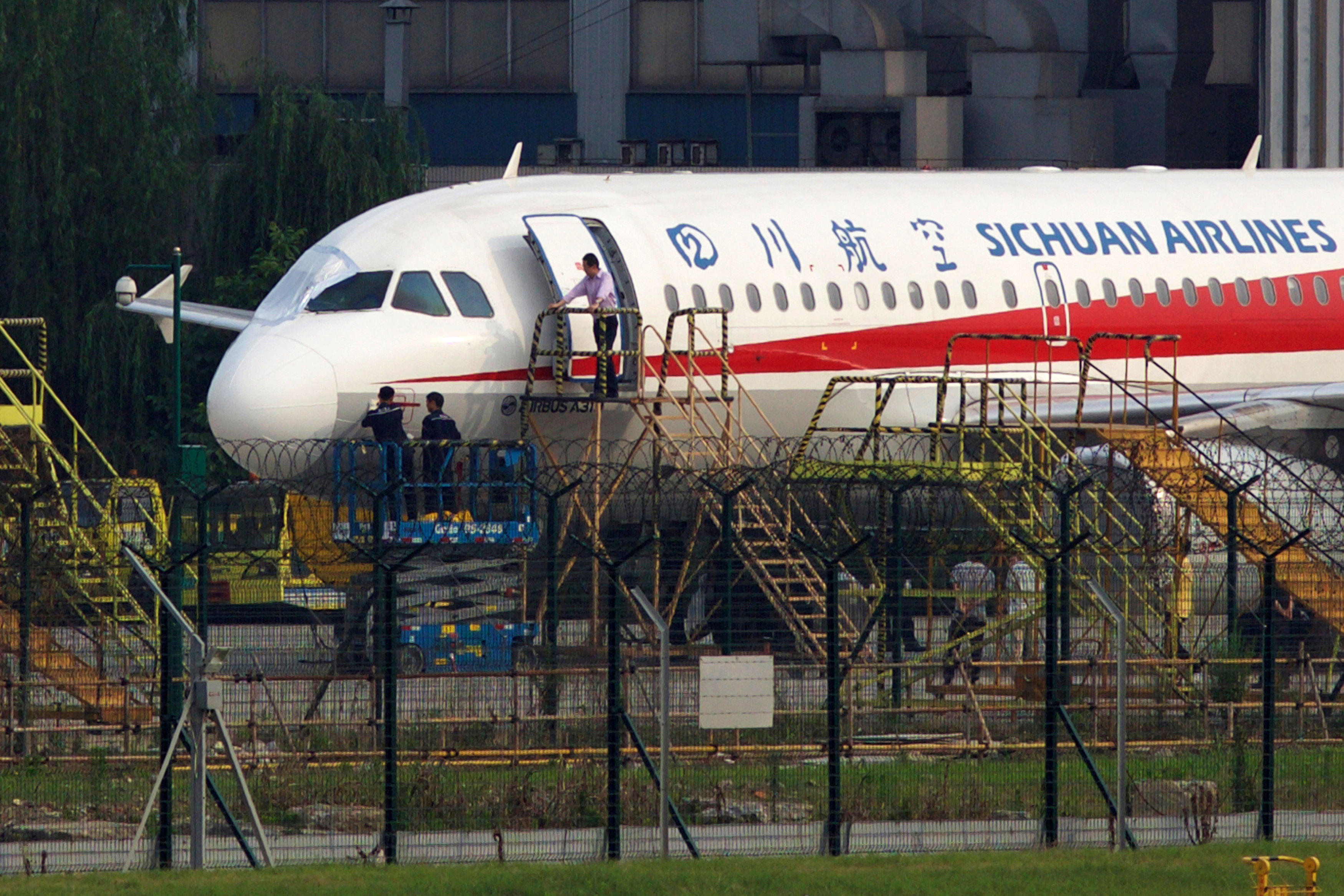 A pilot on Sichuan Airlines 3U8633 made an emergency landing in southwest China after a broken cockpit window sucked his co-pilot halfway out of the aircraft. Astonished citizens hailed the pilot was hailed a hero Tuesday.

Liu Chuanjian braved the intense cold and blasting wind to land the plane in about 20 minutes. The pilot had to slow the flight from its original speed of about 500-560 mph. All 128 people aboard the Airbus A319 survived the ordeal.

The plane was bound for Lhasa in Tibet from the southwestern city of Chongqing when the cockpit window shattered at about 32,000 feet.

"The windshield burst suddenly and a loud noise was heard, and when I looked to the side, I saw that the co-pilot was already halfway out of the window. Luckily his seatbelt was tied," Liu told the Chengdu Business Daily.

The flight was diverted to the city of Chengdu in Sichuan province.

The plane was vibrating strongly and it was impossible to read the instruments, said Liu, who was a former flight instructor in the Chinese air force.

"I didn't think about anything at all. I wanted to control the plane and land," he later told Sichuan Television.

By Tuesday afternoon, more than 160 million people had viewed or participated in discussions about the pilot on the Twitter-like microblogging platform Weibo.

The most popular chat forum on the incident was titled, "My Hero Captain."

"This is a miracle in the history of Chinese aviation, and shows the special psychological mindset of flight instructors," one commenter wrote.

"Having watched the American film, 'Sully', based on real events, this is even more shocking and exciting!" another commenter said.

He was referring to Chesley Sullenberger, a US Airways pilot who was hailed as a national hero in January 2009 after he managed to save the lives of 155 passengers and crew by landing his stricken airliner in New York's Hudson River.

The safety director of the Civil Aviation Administration of China said at a press conference Tuesday that the plane "shed its right windshield" as it was flying over Chengdu.

"The windshield has not recorded any failures, nor did it require any maintenance and replacement work" before the incident, Tang Weibin said.

The cause of the incident was still under investigation, he added.

A video published online by the People's Daily shows oxygen masks deployed, and flight attendants walking up and down the aisle to give passengers instructions on how to disembark.

It was the second emergency landing in China in less than a month.

On April 15, an Air China flight was diverted after a man briefly took hostage a crew member he was threatening with a fountain pen.