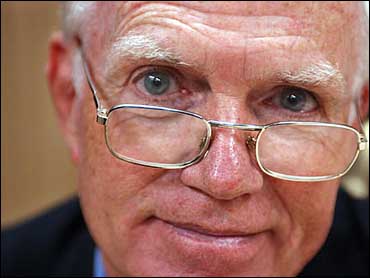 The American Medical Association on Tuesday urged researchers to study whether financial payments would ease the nation's critical shortage of transplant organs.

The AMA's policymaking House of Delegates voted at its annual meeting to adopt the measure against the recommendation of a committee, which heard from doctors Sunday who called such payments unethical and said that even studying them would cheapen the value of organ donation.

The measure involves organs from cadavers, not living donors and supports research into payments such as reimbursement for funeral expenses.

Testimony that appeared to sway the delegates on Tuesday included a plea from Dr. Phil Berry Jr. of Dallas, who said he would be dead if he had not received an organ transplant 16 years ago to replace a liver ravaged by hepatitis B.

His lifesaver, a 32-year-old woman who died of a brain aneurysm, had indicated before her death that she wanted to be an organ donor.

"In a perfect world, altruism would be all that would be needed" to encourage more organ donation, Berry, 65, told the delegates. "The fact is that we're losing the battle."

In the past decade, the number of cadaver organs donated nationwide annually has remained fairly steady at around 5,000 to 6,000, while the number of people who need transplants has jumped from about 20,000 to 80,000, according to the United Network for Organ Sharing.

Last year, about 6,000 people died while on the U.S. transplant waiting list, according to UNOS.

UNOS has not taken a position on financial incentives but the issue is expected to be raised at the group's board meeting next week, spokeswoman Anne Paschke said.

The AMA will not fund any research under the measure, but its voice is influential in Washington and it is now on record as endorsing such studies.

University of Pennsylvania bioethicist Arthur Caplan said the move could end up backfiring, because some people worry that financial incentives will make money-hungry relatives less likely to seek aggressive treatment for them if they become gravely ill.

Also Tuesday, the AMA adopted a measure asking it to support requiring pharmacies to get patients' written permission before selling their personal data to drug companies for marketing purposes.

"The doctor-patient relationship is gone ... the patient's privacy is grossly violated," Dr. Bernd Wollschlaeger, of the University of Miami, said at Tuesday's session.

Without debate, the delegates adopted that measure but rejected another that asked the AMA to speak out against drug companies' direct-to-consumer marketing, such as television and magazine ads for prescription drugs.

Opponents of the measure said the ads are free speech and industry representatives argued that even doctors advertise.