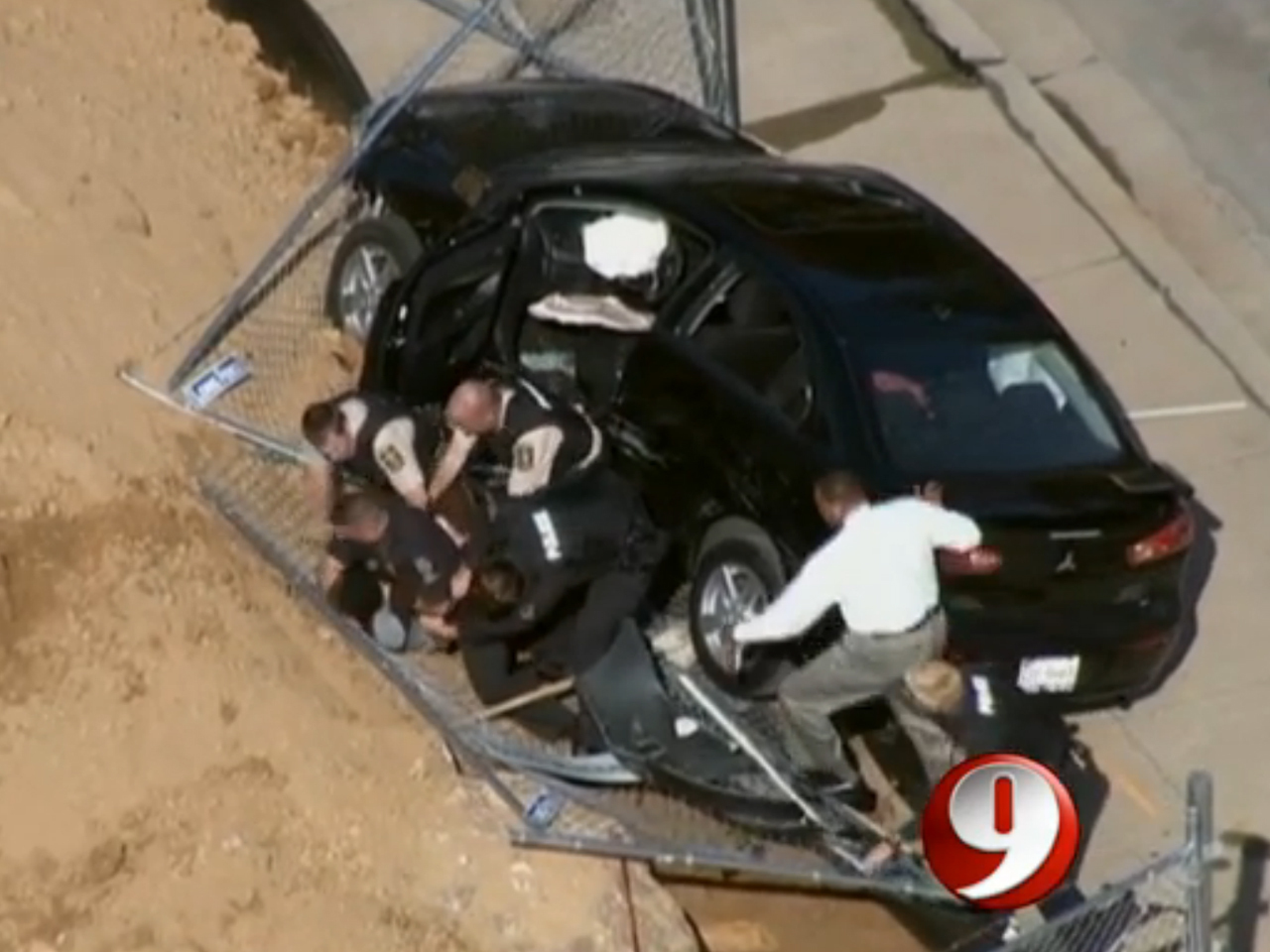 BETHESDA, Md. A Virginia woman is in custody for an attempted hit-and-run outside the entrance of Walter Reed Hospital that led a Naval officer to fire a shot at her.

Police say an officer at the hospital shot at the woman's car after the crash Tuesday morning but did not strike her. The officer was injured, apparently when he used a baton to strike the woman's car.

CBS affiliate WUSA reports the woman first struck another vehicle while leaving the facility Tuesday morning, tried to run over an officer with her car, and then drove away after an officer fired his gun.

As she fled, she reportedly struck another patrol car with an officer inside it - that officer suffered non-life-threatening injury. WUSA has surveillance video of the arrest.

Montgomery County Police spokesman Paul Starks identifies the arrested woman as Angela Akosua Kobbold from Manassas. Starks says she is being treated and charges are pending.

Stark says the woman's car had been spotted going more than 90 mph on Interstate 66 in Virginia.

The woman never got on the naval base in Bethesda, Maryland.