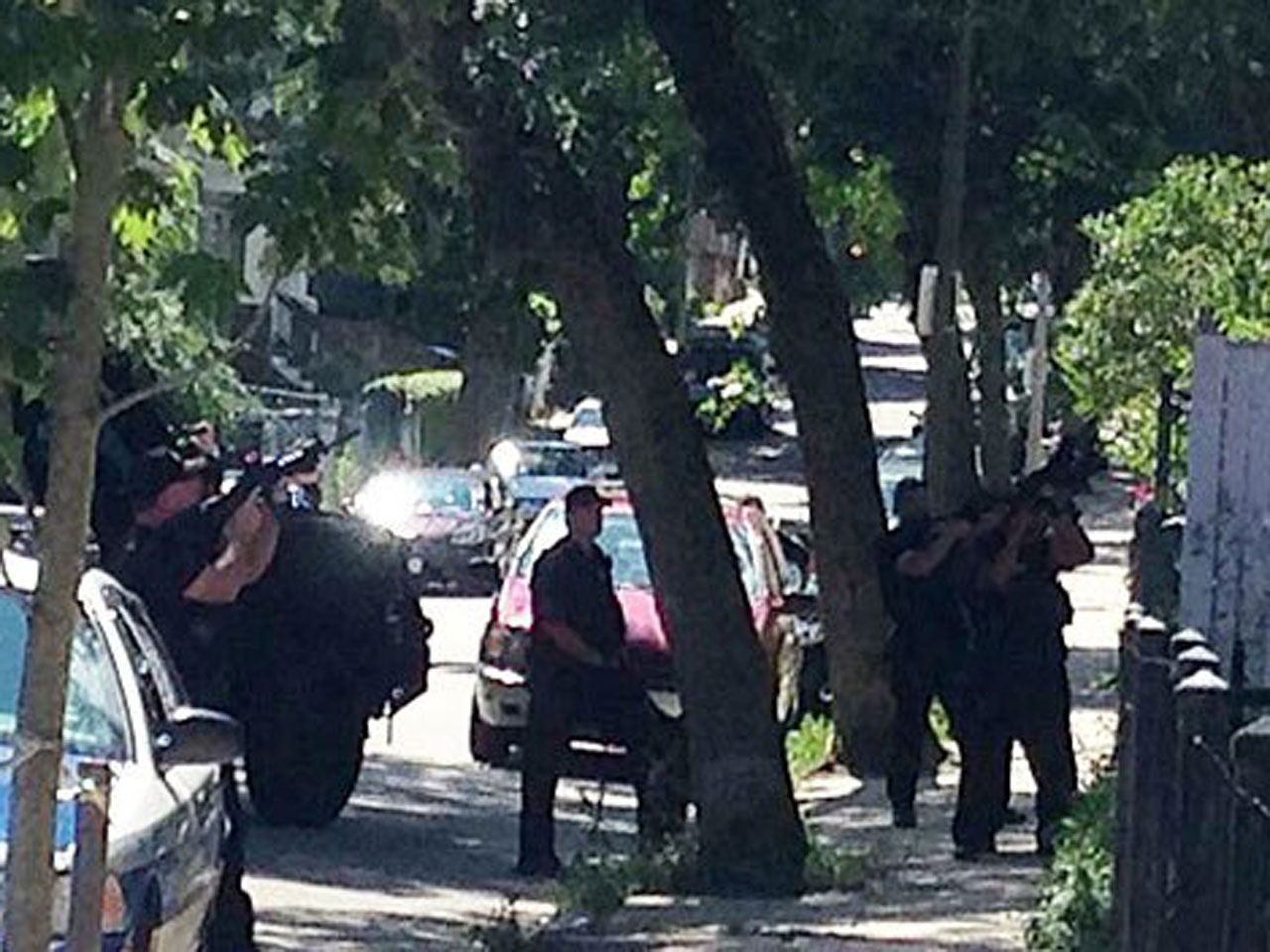 Officials say the two plainclothes officers both suffered gunshot wounds to the legs which they described as minor.

Police Superintendent-in-Chief Daniel Linsky said the two drug unit officers got out of  their car to confront two people.

Linsky said the officers identified themselves as police, and one of the people pulled a gun on them and "began a gun battle."

The suspect was shot and later pronounced dead at a hospital.

Police said they were looking for a second person of interest, according to the station. He is described as black with a light complexion and slim build, and wearing a maroon shirt with stripes and braided hair.