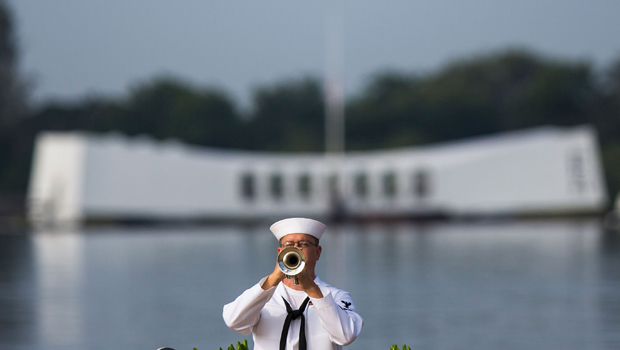 Japanese Prime Minister Shinzo Abe will become the first Japanese leader to visit Pearl Harbor later this month since the attack on the site in 1941, which drew the U.S. into World War II.

The White House on Monday morning announced Abe’s visit, which will come a few weeks after the 75th anniversary of the attack -- Dec. 7 -- and two days after Christmas. President Obama will meet with Abe during his visit in Honolulu on Dec. 27, according to White House spokesman Josh Earnest.

“The meeting will be an opportunity for the two leaders to review our joint efforts over the past four years to strengthen the U.S.-Japan alliance, including our close cooperation on a number of security, economic, and global challenges,” Earnest said.

Mr. Obama will also join Abe when he visits the USS Arizona Memorial at Pearl Harbor. A total of 2,335 marines, sailors and  soldiers died during the attack and so did 68 civilians.

“The two leaders’ visit will showcase the power of reconciliation that has turned former adversaries into the closest of allies, united by common interests and shared values,” Earnest said.

Abe’s visit will come exactly seven months after Mr. Obama’s historic visit to the site in Hiroshima where the U.S. dropped the first atomic bomb on Japan .