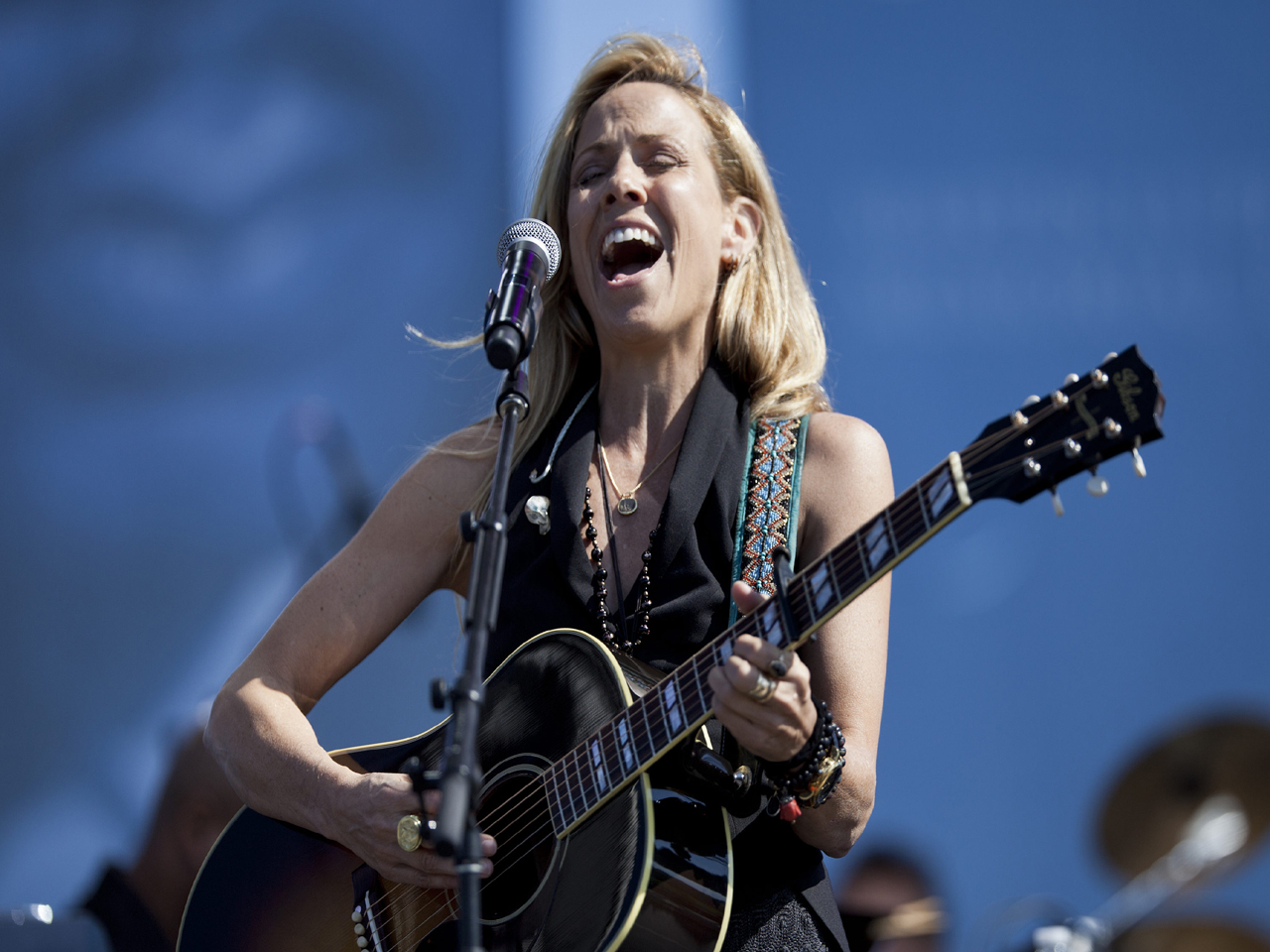 CBS News reports Crow told an audience about her condition at a recent concert, and her representative Christine Wolff says there's no reason for alarm and the singer is doing great and is healthy and happy.

On her Facebook page Tuesday, Crow wrote: "Hey everyone - please don't worry about my 'brain tumor', it's a non-cancerous growth. I know some folks can have problems with this kind of thing, but I want to assure everyone I'm OK."

Meningiomas are the most common type of brain tumor found in Americans, accounting for 33 percent of all diagnosed brain tumors. But the tumor actually isn't inside the brain but on it's outer membrane that surrounds the brain and spinal cord, known as the meninges. Meningiomas are found more frequently in older women, according to the Mayo Clinic. About 90 percent of meningiomas are benign - in rare cases they can be malignant - but a meningioma depending on its location in the brain can cause problems.

Symptoms include changes in vision, headaches that worsen over time, hearing or memory loss, seizures and weakness in extremities. Other people may experience no symptoms at all.

Crow said in an interview with the Las Vegas Review-Journal that she was experiencing memory problems which prompted her trip to the doctor.

"I worried about my memory so much that I went and got an MRI. And I found out I have a brain tumor," Crow told the paper.

Dr. Rick Madhok, a neurosurgeon at the Cushing Neuroscience Institute of the North Shore-LIJ Health System in Manhasset, N.Y., told HealthPop that people should not jump to conclusions that the tumor is causing the singer's memory woes. He said since MRI and CT scans are so accessible these days, people experiencing any odd symptoms, such as memory loss, may get an MRI and then a doctor may find an unrelated meningioma on a different part of the brain.

"Memory problems can be caused by a number of different reasons, we are speculating at best to say this meningioma would cause [Crow's] memory problems," he said.

As for causes, Madhok said the tumors typically appear at random. Some research suggests a genetic component that may make them more common among families, while other studies have found people who have had high-doses of radiation to the brain may have an elevated risk. Recent research tied frequent dental X-rays to a raised risk for meningiomas, HealthPopreported.

Madhok said that is one of three potential treatment options for meningiomas. Depending on the size and location of the tumor and whether the patient is experiencing symptoms, there's also surgery that can remove the meningioma or something called stereotactic radiosurgery that is focused high-powered dose of radiation that targets a small area, and serves as an alternative to patients who don't want surgery or aren't good surgical candidates.

Crow previously was treated for breast cancer in 2006, but Madhok said that the two conditions were likely unrelated.

"I think we can say safely breast cancer is not a risk factor for meningiomas, and neither is the opposite true," he said.

Crow told CNN that she doesn't need surgery but will have periodic scans to monitor the growth.

Madhok says about 10,000 people are diagnosed with meningiomas each year, and estimates show about 2 to 4 percent of people have them when they are autopsied, suggesting many people may not even realize they have one.

That's not a reason for concern or to get screened he said, but people experiencing symptoms should see a doctor to decide on a treatment plan. Some people might want it out immediately, while others are averse to surgery.

He says, "The important thing is to take the entire picture, the symptoms, the patient's overall health, the meningioma itself - its size and location - and patient's desires, to figure out with your health care provider what the best treatment is."

The National Brain Cancer Society has more on meningiomas.