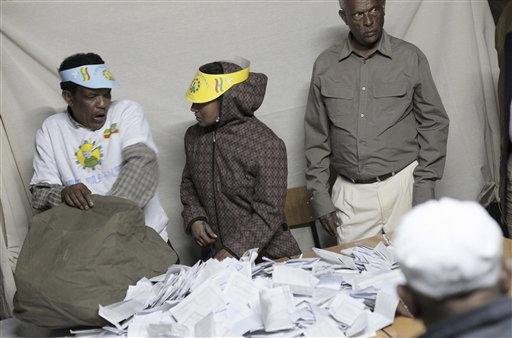 Prime Minister Ariel Sharon, bolstered by the approval of his Gaza withdrawal plan by parliament, said he will stand firm against rebels in his Likud Party who threatened to resign unless a referendum is held.

However, the turmoil raised new doubt about Sharon's ability to go ahead with a withdrawal from the Gaza Strip and parts of the West Bank next summer, as pledged.

A resignation of senior Likud ministers, including Sharon's top rival, Finance Minister Benjamin Netanyahu, could lead to elections in coming months, and delay implementation of a withdrawal. Alternately, Sharon could try to reshuffle his coalition, and bring in the moderate Labor Party.

Israeli police Wednesday opened an investigation into the killing of a Palestinian teenager by a Jewish settler at a West Bank settlement outpost, casting doubt on initial reports that the youth had infiltrated the outpost.

The Palestinian, Salman Safadi, 16, was killed by a settler Tuesday at the Yitzhar South outpost near Nablus.

Also Tuesday, the Israeli army arrested an officer accused of repeatedly shooting a 13-year-old Palestinian girl at point-blank range to make sure she was dead as his soldiers pleaded with him to stop.

A preliminary hearing by army commanders had cleared the officer of wrongdoing, but further investigation by military police raised suspicions he gave false testimony, prompting his arrest Tuesday, an army statement said.

In Tuesday's historic vote, parliament for the first time approved the dismantling of Jewish settlements in lands Israel occupied in the 1967 Mideast war and which are claimed by the Palestinians for a state.

Sharon won by a comfortable margin, with 67 legislators in favor, 45 against and seven abstaining. However, nearly half the Likud legislators and two religious parties voted against him, underscoring Sharon's break with his former constituency.

The prime minister said he would not be swayed.

"I will never give in to pressures and threats, and I won't accept any ultimatums," Sharon told the Haaretz daily, referring to the Likud rebels. "My position on the referendum is unchanged. I am opposed to it because it will lead to terrible tensions and a rift in the public."

Most Israelis support the plan, reports CBS News Correspondent David Hawkins, but the settlers say that Sharon, once their biggest supporter, has betrayed them. They accuse him of treason and claim he's taking away their God-given right to live wherever they want in the biblical land of Israel.

On Tuesday, thousands of Jewish settlers demonstrated outside the Knesset, or parliament, in a boisterous show of force, denouncing Sharon as a traitor.

"I came here to tell the people of Israel that this is our land and my home," said David Pinipnta, 31, of the Gaza settlement of Neve Dekalim. "No power on earth can move me from it."

Sharon suggested he would try to avoid early elections, telling the Yediot Ahronot daily that "I can promise you that I will have a coalition that will continue to run this country."

Sharon has said giving up Gaza and parts of the West Bank would boost Israel's security and help ensure the country's identity as a Jewish democracy. However, he also intends to keep large West Bank settlement and east Jerusalem, areas the Palestinians also seek for their state.

The Labor Party has said that even if it did not formally join Sharon's government, it would support his "unilateral disengagement" from the Palestinians without conditions.

In Washington, a State Department spokesman, Adam Ereli, praised the vote as "an opportunity to advance the interests of both sides."

Sharon entered the parliament building surrounded by an unprecedented 16 bodyguards — reflecting security officials' fears of an attack by right-wing extremists who believe the prime minister is forsaking God's will by giving up parts of the Biblical Land of Israel.

Israeli Prime Minister Yitzhak Rabin was assassinated nine years ago, almost to the day on the Jewish calendar.

Posters outside the Knesset declared that "Sharon has disengaged from reality" and "the evacuation of settlements is a victory for terror."

Notably absent from Israel's debate on withdrawing from Palestinian territories are the Palestinians themselves, whom Israel accuses of being unreliable negotiating partners.

Palestinian Cabinet Minister Saeb Erekat said Israel should not be making unilateral decisions about the Palestinians' future. "Now the seriousness of the Israeli government will depend on resuming negotiations with the Palestinian Authority."

Tuesday's vote came as speculation mounted that Palestinian leader Yasser Arafat, confined to his West Bank headquarters for the past two years, may be seriously ill.

Arafat has a large gallstone that is not life threatening, a Palestinian hospital official told The Associated Press. But the 75-year-old leader broke his Ramadan fast and underwent medical tests, and a Palestinian doctor who has examined him recently said he has been inexplicably exhausted in recent weeks. Israeli officials speculated he was suffering from stomach cancer.

After Tuesday's parliament vote, Sharon fired Uzi Landau, a Cabinet minister who voted against him.

"Yesterday we lost a battle. The major part of the war is ahead of us. The song is not over," Landau said. "We will do whatever it possible to stop this plan. It is bad for peace. It is good for terror."

The referendum initiative got a boost when the National Religious Party, a key part of Sharon's coalition, announced just before the vote that it will quit within two weeks unless the parliament vote is accompanied by a pledge to hold a such a vote.

Sharon would probably win a referendum, with opinion polls showing well over half of Israelis support the withdrawal. But Sharon and his new supporters say there's no time for one.

The government hopes to complete the withdrawal next year, and must still submit to several more parliamentary votes to implement various stages of the pullout.