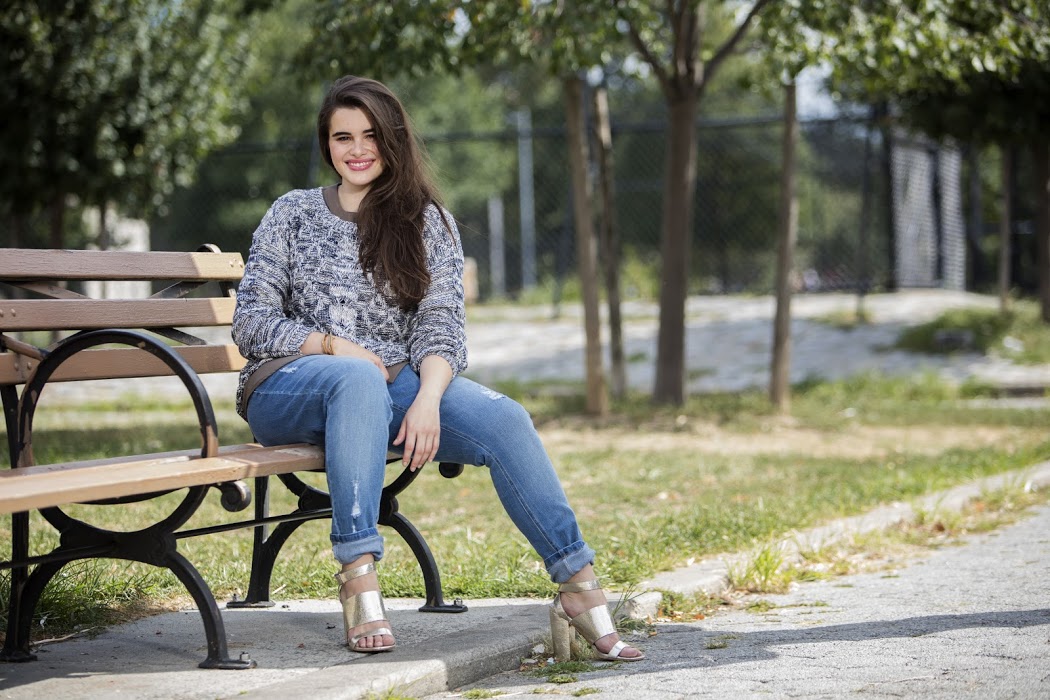 As a child, you were told not to speak to strangers, but as an adult, you can share almost everything with strangers: cars, homes, bicycles, movies, music, and more. It's called the sharing economy and this seemingly altruistic shift is big business.

As PricewaterhouseCoopers predicts in its 2015 report, companies that adhere to the sharing economy's business model of access over ownership have the potential to increase global revenues from roughly $15 billion today to about $335 billion by 2025.

One company that's taking the sharing economy to new heights is Gwynnie Bee. It's one thing to rent fancy ball gowns, but what about everyday clothes? That's just what they're doing at Gwynnie Bee, a subscription rental clothing service for women sizes 10 to 32.

CEO Christine Hunsicker is no stranger to the startup world: she was the COO and president of Right Media, an online advertising startup that sold to Yahoo! for $850 million, and then became the COO of Drop.io, an online file sharing service that was purchased by Facebook.

Following that success, Hunsicker decided to create her own business and take on the fashion world.

"It's a huge industry," Hunsicker told CBS News correspondent Vinita Nair. "It's an almost $2 trillion industry and it hasn't really been disrupted well by technology, by the Internet, and it's very data-poor. So it was truly a business opportunity."

In addition to the vast, untapped possibilities, Hunsicker also knew that a company designed solely for women sizes 10 and up would greatly benefit a large segment of the population.

"Every woman -- no matter what size -- has that feeling of 'Why don't things fit me?'" Hunsicker said. "It happens to be significantly worse in the plus-size market, because there are so few options and so few brick-and-mortar stores and the industry has just systematically under-served the plus-size woman."

The plus-size market refers to women sizes 14 and up. According to industry analyst firm Plunkett Research, Ltd., 67 percent of American women are plus size. And yet, plus size fashion makes up less than 20 percent of the women's apparel market.

Founded in 2011, Gwynnie Bee offers customers over 4,000 styles and there are several subscription plans available. The most popular subscription plan allows members to rent three items at a time for $79 a month. Similar to Netflix's DVD plan, members can keep the items for as long as they want, ship them back for free, and then get another item that was in their queue. So far, Gwynnie Bee has shipped more than 3 million boxes of clothing across the U.S.

One of the benefits of Gwynnie Bee is the online community that has formed among members. Using Gwynnie Bee's website, Instagram page, and even creating their own fan pages on Facebook, members share photos, styling tips, reviews, and more.

A renewed belief in the importance of community is one of the "drivers" of the sharing economy, or collaborative consumption, that Rachel Botsman, co-author of the book, "What's Mine Is Yours: The Rise of Collaborative Consumption," discussed in her 2010 TED Talk. Other drivers include: an increase in peer-to-peer social networks and real-time technologies that fundamentally change the way we behave; pressing unresolved environmental concerns; and a global recession that fundamentally shocked consumer behaviors.

"I think the sharing economy began as something that millennials did, but it's actually a big part of the economy right now," Tanz said. "I think you can't really just say that it belongs to one demographic. You know, Airbnb is, by some measures, the world's largest hotel company and that can't be built just on the backs of millennials."

As Botsman pointed out in her TED Talk, "products-service systems" like libraries and laundromats have been around for years. However, the utilization of data and technology has maximized the possibilities of what can be shared and how it can be shared. Already the sharing economy has had a large fiscal impact with expectations of it greatly multiplying in the next decade. And with companies like Gwynnie Bee providing for those that traditional markets have forgotten, the sharing economy's effect on society could be invaluable.