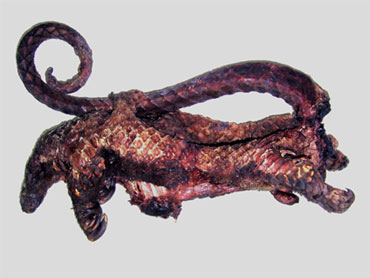 New research is raising concerns about the safety of a preservative that is commonly found in shampoos and other commercially available cosmetics. But cosmetics industry officials say the additive has been proven safe over years of use.

In laboratory studies, the bacteria-killing agent methylisothiazolinone (MIT) was shown to restrict the growth of immature rat nerve cells. Studies in live animals are needed to confirm the findings. But researchers say the early test tube evidence suggests that prolonged exposure to MIT, or exposure to the chemical at high concentrations, could damage the nervous system.

The research was presented Sunday at the annual meeting of the American Society for Cell Biology in Washington D.C.

The biggest potential concern, says lead researcher Elias Aizenman, PhD, of the University of Pittsburgh School of Medicine, is for the fetuses of pregnant women exposed to high doses of MIT on the job. The agent is widely used in industrial settings.

"If the data that I am seeing does translate into some sort of neurodevelopmental problem in people, then the risk to the developing fetus of a woman who is exposed to this agent in [its concentrated form] may be significant," Aizenman tells WebMD.

Another concern is that occupational exposure or routine use of commercial products that contain MIT could trigger nerve-damaging diseases such as Parkinson's or Alzheimer's. Again, Aizenman is quick to point out that there is no direct evidence linking MIT to these disorders. But he adds that live animal studies are needed to clarify the risk.

"It is very difficult to find shampoos and conditioners that do not contain MIT, and it is in many other cosmetics, as well," he says. "I can't tell you that using shampoo is unsafe, but I can't tell you it is safe, either."

A Cosmetic, Toiletry, and Fragrance Association spokesperson pointed out that the level of MIT in shampoos and other commercial products is extremely low.

"The experiments conducted with (MIT) on extracted rat nerve cells in laboratory containers do not remotely resemble the possible consumer exposure to this preservative," the CTFA statement says.

Aizenman says he became aware of MIT while researching the mechanisms associated with the death of brain cells. He found that the agent activated a novel pathway that promoted cell death in the laboratory setting, and showed in earlier work that adult rat brain cells died when exposed for short periods to MIT at high concentrations.

In their latest work, Aizenman and colleagues exposed immature, developing rat brain cells to very low concentrations of MIT — roughly 1/100 of the dose used in the previous study. Low-level exposure for 18 hours was found to slow down cell growth. The higher the dose the brain cells were exposed to, the more effect there was.

Aizenman acknowledges that it is "a big leap" to suggest that MIT exposure in the womb could play a role in the rise of developmental disabilities in children. But he adds that the questions raised by his research need to be answered.

"I would caution that based on our data, there very well could be neurodevelopmental consequences from MIT," he notes. "Clearly, more study is needed, with both scientists and government regulators equally engaged."