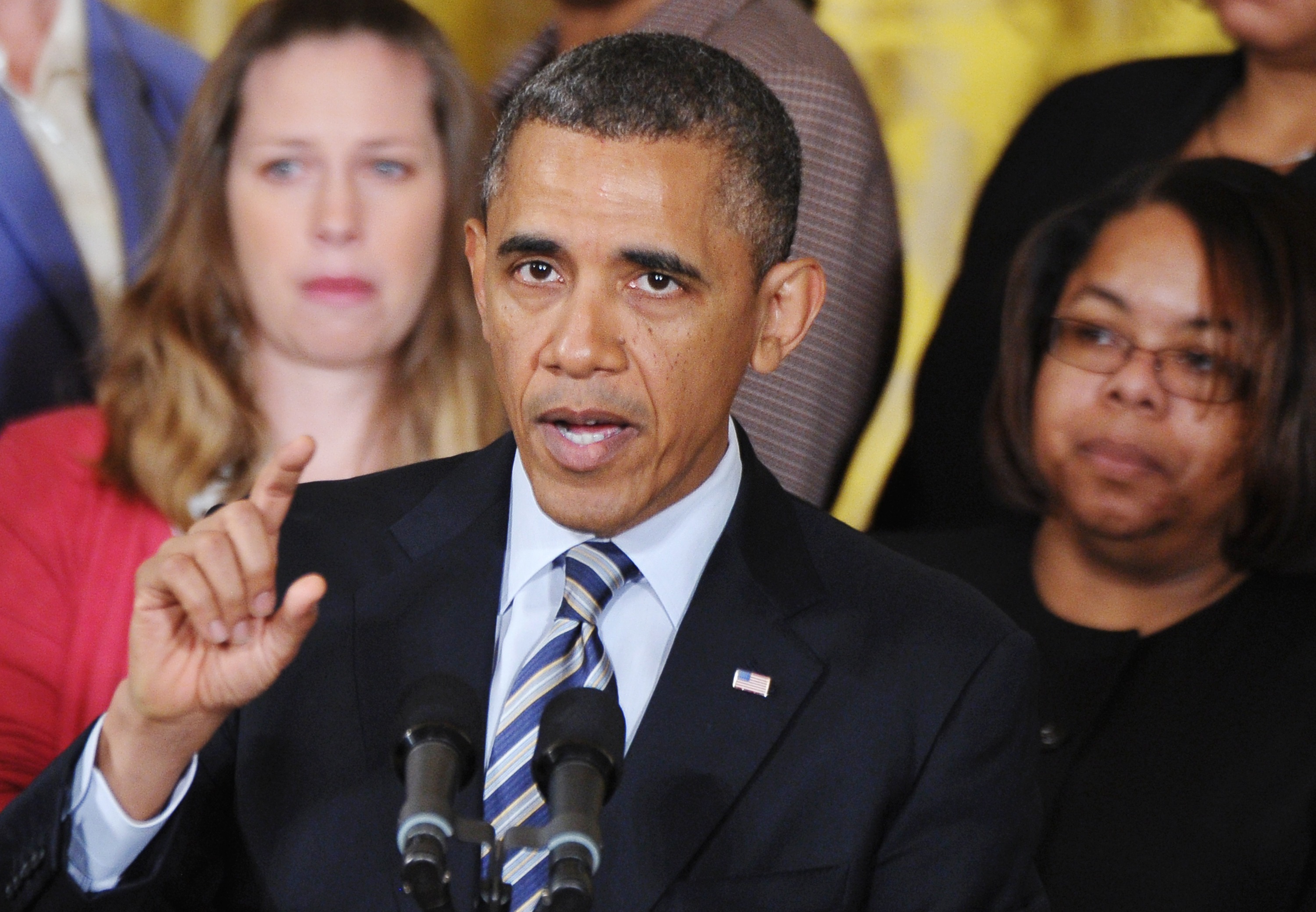 With the families of gun violence victims standing behind him, President Obama Thursday pressed the American public to keep up the call for legislation to reduce gun violence, urging them to remember the Newtown, Conn. tragedy that happened just a matter of months ago.

In the wake of the Dec. 14 shooting at Sandy Hook Elementary School that left 26 dead, popular support for stricter gun laws reached 57 percent. Since then, however, support has waned, raising the question of whether significant reforms are possible.

Mr. Obama reiterated the measures to reduce gun violence that he supports, including stricter penalties for straw purchases and expanded background checks. While he didn't explicitly say he supported an assault weapons ban, he called for a "measure to keep weapons of war... that facilitate these mass killings off our streets."

"None of these ideas should be controversial," he said.

The president noted that 90 percent of Americans, including an overwhelming number of Republicans and gun owners, support background checks for gun purchases -- a proposal that's currently up for debate in the Senate.

"I ask every American to find out where your member of Congress stands," Mr. Obama said. If they don't support expanded background checks, he said, "then you should ask them, why not. Why are you part of the 10 percent?"

"There's absolutely no reason why we can't get this done," the president continued. However, he said, groups opposed to restricting gun laws are "interested in running out the clock or changing the subject or drowning out the voices of the American people... their assumption is people will just forget about it."

After Congress' Easter recess this week and next, Senate Majority Leader Harry Reid, D-Nev., plans to bring a bill to the Senate floor that will include a proposal to expand background checks for gun purchases. It's unclear, however, whether the bill will win enough support to get past a possible GOP-led filibuster. Furthermore, proposals like an assault weapons ban have very little chance of passage as amendments to the bill.