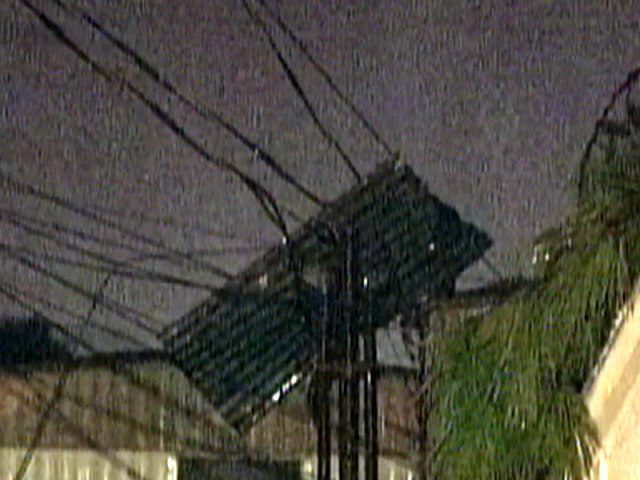 In Mississippi's Scott County, a woman was hurt when a tree fell onto her home and trapped her inside, CBS Jackson affiliate WJTV-TV reports. Firefighters were able to rescue her.

In Louisiana, authorities reported trees down in at least two parishes and one home with a damaged roof when part of the front swept through that state.

"These were severe storms that produced damaging winds," said Jeff Rent, a spokesman for the Mississippi Emergency Management Agency.

At least six northern counties in Mississippi reported damage, Rent said. He said experts would check for further reports of damage Thursday and would inspect damage locations to determine if any tornadoes had touched down.

Radar weather maps overnight showed a huge, arcing front that swept across Arkansas, Mississippi, Tennessee, and parts of states such as Louisiana and Alabama on its march eastward on a jagged slant.

Meteorologist Greg Dial at the national Storm Prediction Center in Oklahoma said there had been reports of possible tornadoes in some parts of the country.

"Most of the tornadoes have been from extreme eastern Arkansas into northwestern and west-central Mississippi," Dial said.

He said the storms extended from southwest Louisiana northeastward over several states, advancing on portions of Alabama and Georgia, among other areas.

In Mississippi, dispatcher Erica Severson with the dispatch office for Yazoo City and county said winds roughed up some areas.

"We had a bunch of trees down and a bunch of power lines down," she told AP, adding there had been a report of a possible tornado in a nearby county.