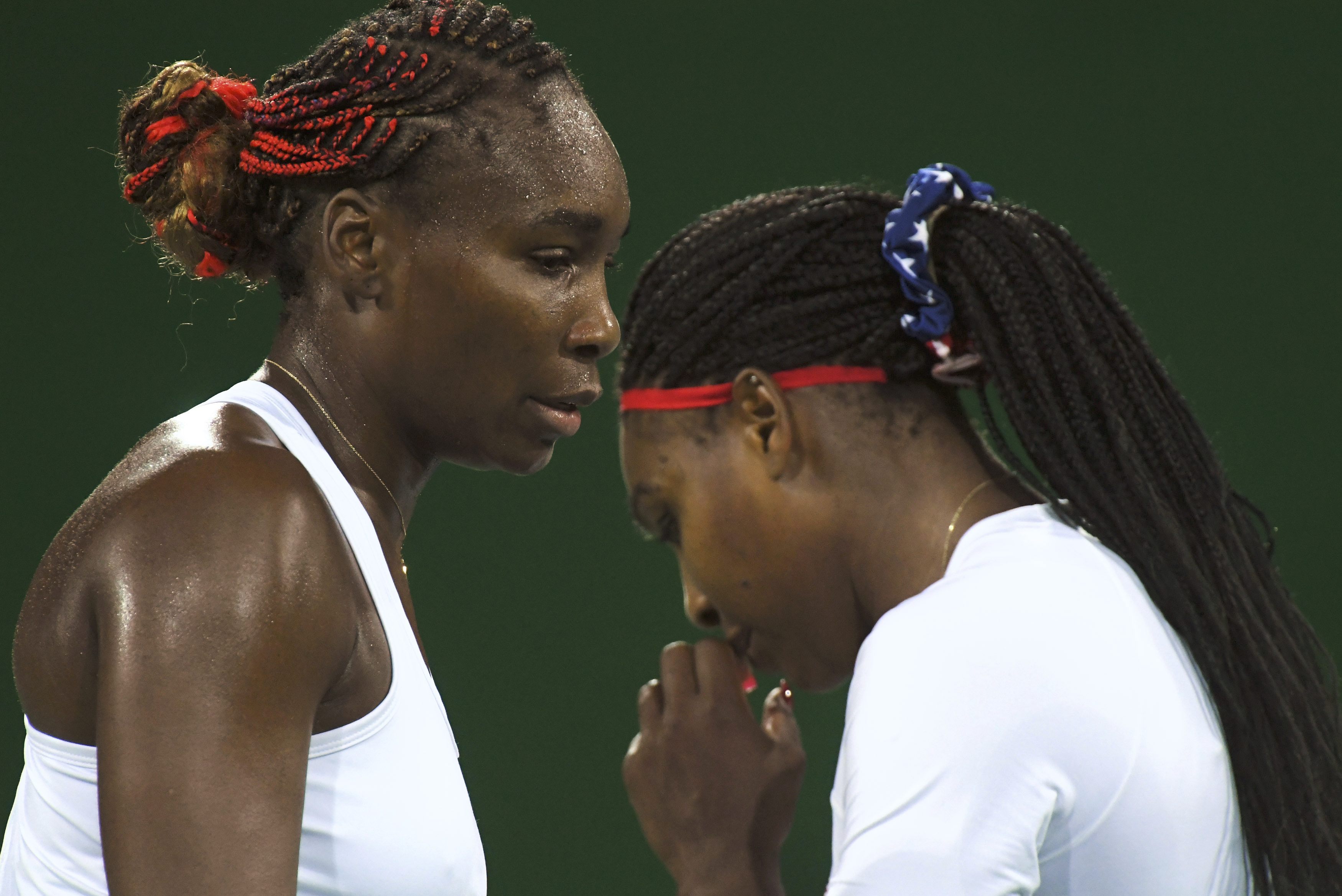 RIO DE JANEIRO -- Three-time doubles gold medalists Serena and Venus Williams lost an Olympic match as partners for the first time, stunned in the opening round of the Rio de Janeiro Games by the Czech Republic's Lucie Safarova and Barbora Strycova 6-3, 6-4.

The Williams sisters entered Sunday's match with a 15-0 career record in the Olympics, winning the gold medal in women's doubles every time they entered the event: in 2000, 2008 and 2012.

"We played terrible," Serena said, "and it showed in the results."

The American duo was seeded No. 1 in Rio and coming off a 14th Grand Slam championship together at Wimbledon a month ago.

Neither Safarova nor Strycova, meanwhile, ever had won an Olympic doubles match, going a combined 0-3 with other partners. They are unseeded in Rio.

And get this: They weren't even supposed to be playing together at the Olympics. Strycova was a late replacement for Karolina Pliskova, who withdrew from the tournament.

Indeed, Strycova and Safarova only had played one match as a team before Sunday night -- and they lost that, in a Fed Cup match last year.

This was Serena's second match of the day: She won her first-rounder in singles earlier Sunday. Venus, meanwhile, now has two first-round exits at the Rio Olympics, because she was beaten in singles on Saturday night.

After that defeat, Venus did not meet with reporters, but U.S. women's Olympic tennis coach Mary Joe Fernandez said that the seven-time major singles champion had been sick since before she arrived in Brazil. Fernandez also said Venus was dealing with cramping, dehydration and an upset stomach after Saturday's loss.

In the doubles, played under the lights, when occasional chants of "USA!" would rise from some spectators, other members of the crowd would respond with boos.

Safarova and Strycova did their best to keep hitting shots toward Venus when she was at the baseline, while Serena was left to stand near the net and watch those exchanges.

The Williams sisters appeared to be getting back into the match in the second set, which was even at 4-all.

But Venus got broken there, allowing Strycova to serve out the surprising victory.