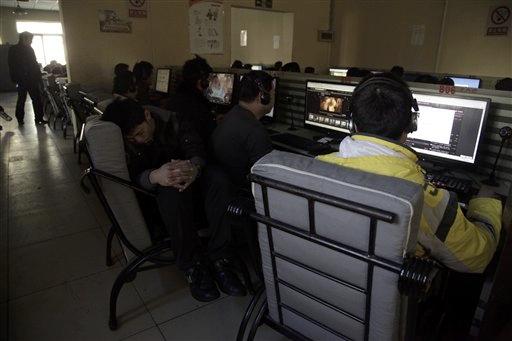 A senior general at the Pentagon tells the Washington Post he believes the United States is on the path to defeat – and Secretary of Defense Donald Rumsfeld and his advisers are to blame.

The top U.S. commander in the war told the Post that the United States is winning tactically. However, Army Gen. John Abizaid stopped short of projecting an overall victory. Rather, he said, "strategically, I think there are opportunities."

Separately, the U.S. military announced that a 24-year-old military policeman will be the first soldier to face a court-martial in the abuse of Iraqi prisoners at Abu Ghraib prison.

Spc. Jeremy C. Sivits of Hyndman, Pa., a member of the 372nd Military Police Company, has been charged with conspiracy to maltreat subordinates and detainees, dereliction of duty for negligently failing to protect detainees from abuse and cruelty and maltreatment of detainees, Brig. Gen. Mark Kimmitt said.

The court-martial will be held on May 19 in Baghdad and Kimmitt said it will be open to media coverage.

U.S. and British troops clashed Sunday with forces of radical Shiite cleric Muqtada al-Sadr for a second day, and four Iraqis were killed in an explosion in a Baghdad market. Three British soldiers were wounded in a blast in Basra.

Al-Sadr's militia fired mortar shells before dawn Sunday at the governor's office and other British positions in Amarah, 180 miles southeast of Baghdad, a British official and residents said.

No British casualties were reported in that attack, but British spokesman Maj. Ian Clooney said "a number of possible mortar positions" were destroyed.

Clooney denied statements by local residents that British helicopters were used to attack the insurgents.

Al-Sadr's militia launched attacks Saturday in Basra and Amarah in an apparent attempt to open up new fronts as American troops stepped up pressure on the cleric's stronghold around the Shiite holy cities of Najaf, Kufa and Karbala. Intensifying skirmishes in the region have killed dozens in the past week.

U.S. authorities vowed to kill or capture al-Sadr after he was charged in the murder of a rival cleric last year. The U.S.-led coalition would like to disband al-Sadr's militia, the al-Mahdi Army, before political power is transferred to a new Iraqi government on June 30.

Also Sunday, scattered clashes occurred between U.S. and militia forces in the industrial area of Najaf, where al-Sadr sought refuge last month. Plumes of black smoke could be seen rising from the area. Iraqi police and U.S. tanks blocked the main road from Najaf to nearby Kufa, residents said.

In Baghdad's Shiite enclave Sadr City, the cleric's militia burned tires in the streets to try to keep American troops from entering the area.

Residents of Amarah said a British helicopter fired on houses in the city's Sadeq district, killing four civilians and destroying several houses. British officials denied that helicopters were used in the operation.

"There were helicopters circling the area, then they started firing," said Subeih Hassan, standing in front of his demolished house. Hassan's brother was killed in the attack.

Also killed in nearby houses were an 8-month-old child, a man in his 60s and a fourth man, according to local residents. At least eight people were wounded and a dozen buildings destroyed or damaged, according to the families whose homes were hit.

The explosion in Baghdad occurred in a market in the Biyaa district in the west of the city when police tried to dismantle two bombs found in vendors' stalls, witnesses said. Four people were killed and 17 were wounded, according to the Health Ministry. U.S. troops sealed off the area.

"Is this the freedom that they want? People cut into pieces," witness Fadhil Farid cried. "What did we do wrong?"

Kimmitt said that 325 prisoners had been released from various detention centers over the past two weeks as the United States cuts the number of inmates to help improve conditions.

The latest deaths bring to 765 the number of U.S. service members who have died since the U.S.-led invasion in March 2003. Of those, 557 died as a result of hostile action and 208 died of non-hostile causes.

Coalition forces have moved carefully against al-Sadr, fearing that an overly aggressive assault in Shiism's holiest cities would outrage Iraq's Shiite majority. Al-Sadr is in his Najaf office, only yards away from the Imam Ali Shrine, surrounded by gunmen.

Instead of a direct assault, U.S. troops have been skirmishing with his al-Mahdi Army fighters in and around Najaf, trying to isolate him. "They are waging a psychological war," said Sheik Qais al-Khazali, senior al-Sadr spokesman in Najaf. "They are trying to turn it into a prolonged war, a war of attrition."

Late Saturday, planes dropped leaflets over Najaf, telling residents that coalition forces will "continue to work with Iraqis to defeat terrorism" after a new Iraqi government is installed on June 30. "This is the path to a shining future," the leaflets read.