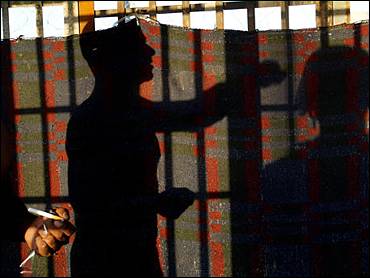 The Pentagon is doing a good job pursuing allegations that U.S. troops abused prisoners, but more cases of abuse may need investigation, the Republican chairman of a Senate committee said Thursday.

The panel held a closed-door hearing Thursday to get an update on the handful of ongoing Pentagon investigations, and to review reports from the International Red Cross that may have alerted U.S. commanders to the abuse months before the Pentagon launched its probes.

Warner, R-Va. — who has been criticized by some in the GOP for pursuing the abuse affair in public — told reporters he is going to wait for the Pentagon investigations to conclude before holding more hearings, reports CBS News Correspondent Bob Fuss.

Warner had earlier said he wanted the Pentagon to provide witnesses for another public hearing into the issue.

The chairman said there is no "foot dragging" at the Pentagon over the scandal. But Warner also said additional instances of possible mistreatment of detainees that need investigation by the Pentagon were brought to his attention during the Thursday briefing.

The House Armed Services Committee had a similar briefing Wednesday and Rep. Ellen O. Tauscher, D-Calif., blasted the Defense Department afterward, saying the documents were so long in coming they were relatively useless.

"I want to have a hearing on the most recent charges by the ICRC, not something that frankly is so old that it is so well reported in the press that average people know about it and is the subject of a criminal investigation, which take it out of our hands," she said.

Tauscher said it would be better for Congress to know about Red Cross allegations while it is still possible for lawmakers to take corrective action.

The recent charge she referred to was the Red Cross allegation Wednesday that while it has visited thousands of prisoner in Iraq and elsewhere, the United States might be hiding more detainees in other lockups across the globe.

Terror suspects the FBI reported as captured have never turned up in detention centers, and the United States has failed to reply to demands for a list of everyone it's holding, said Antonella Notari, spokeswoman for the Switzerland-based ICRC, which visits detainees to check on their condition and helps them get messages to their families.

Defense Secretary Donald Rumsfeld has acknowledged ordering that a detainee in Iraq be hidden, at the request of former CIA director George Tenet.

The Geneva Convention requires that prisoners be identified and their families contacted.

Larry Di Rita, chief spokesman for Rumsfeld, denied the department was hiding information from the ICRC.

"ICRC has access to all detainee operations under our control," said Di Rita. "And beyond that, I'm just not prepared to discuss it."

The CIA has declined to comment on whether it may be holding terrorism suspects at foreign locations.

The allegation was only the latest in a controversy that started with the pictures in Iraq and spread to questions about prisons in Afghanistan and Guantanamo Bay, Cuba, deaths among prisoners, whether abuse was part of interrogations and whether Bush administration officials had condoned or approved the use of torture.

Indeed, despite the recent lull in the Senate public inquiry into the scandal, fallout at home and abroad from the military's acknowledged physical and mental abuse of Iraq prisoners has continued nearly unabated.

Victim lawsuits have been filed, 26-year-old American contractor Nick Berg was beheaded in Iraq in May purportedly in retribution for the abuse, and U.S. officials concede the scandal has both drawn international condemnation and diminished America's standing in the world.

The abuse forced the United States last month to back off an effort to continue an exemption American soldiers had from international prosecution for war crimes. And in May it delayed for two weeks the State Department annual report on human rights progress being made around the world.

Senate Democrats, with the help of a few Republicans, last month passed legislation requiring the administration to hand over memos on prisoner treatment and interrogations.