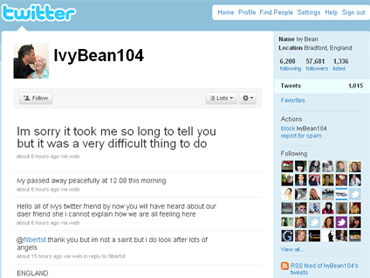 Senate Republicans and Democrats are trying to use President Bush's plan to revamp Social Security as a political cannonball against each other in their skirmish over a $2.56 trillion budget.

As senators entered the second day of their weeklong debate over the GOP-written fiscal outline, fights over Medicaid, tax cuts, the environment and other hot-button issues were also on the horizon.

"I don't expect this year will be any easier than the recent past" for passing a budget, Senate Majority Leader Bill Frist, R-Tenn., said Tuesday in a brief interview.

Congress failed to enact a budget in 1998, 2002 and again in 2004. Last year was particularly embarrassing for Republicans, who controlled both chambers but couldn't resolve a dispute over cutting taxes.

While Mr. Bush's Social Security proposal to create personal investment accounts still lacks many specifics, it has become a top domestic issue and one of the most politically potent as well.

Knowing that, both parties were planning to offer budget amendments designed to cause problems for their rivals.

Democrats were ready with proposals making it harder for Congress to cut taxes or increase spending unless Social Security's long-term solvency has been assured. Republicans wanted the Senate to go on record acknowledging the importance of fixing the program's ills, caused by the coming crunch of baby boomer retirements.

A tentative version of a nonbinding amendment by Sen. Bill Nelson, D-Fla., said in part, "Congress should reject any Social Security plan that requires deep benefit cuts or a massive increase in debt."

Mr. Bush would let workers born after 1949 invest some of their Social Security taxes in stocks and bonds. The administration has estimated that the transition costs for the next 10 years at $754 billion — critics predict a far higher price tag — financed by extra federal borrowing.

The fed chief told the Senate Special Committee on Aging that doing nothing to firm up the retirement system's financial footing would lead to massive budget deficits and cause the "economy to stagnate or worse."

Taxes would be cut by $70 billion over the next five years, and $32 billion in five-year savings would have to be found from Medicaid, farm supports and other benefit programs.

The plan follows the basic outline of the budget Mr. Bush sent to Congress last month, but it includes smaller tax and spending cuts than the president proposed, reflecting the Senate's more moderate bent.

On Monday, the Senate voted 49-44 to reject a Democratic effort to reduce the budget's tax cut and use the savings to increase education spending and reduce the deficit.

The margin could be much closer in coming fights, with the chamber's handful of moderate Republicans likely to tip the balance.

Last year, four of them stood with Democrats as the Senate voted to require that new tax cuts be paid for with spending reductions or tax increases unless 60 of the 100 senators voted otherwise. The House refused to accept that constraint and no final budget was approved.

Other amendments likely this week include: