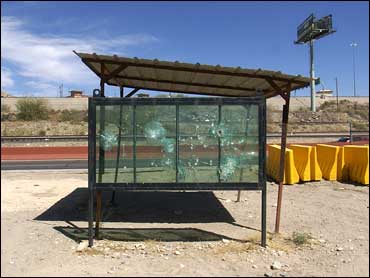 The Obama administration's beefed-up efforts to fight violence on the Southwest border is not the last word, the head of the Homeland Security Department told the Senate on Wednesday.

Several senators questioned whether the administration's plan can be successful without more money and people. The administration announced Tuesday that it was sending hundreds of federal agents, along with high-tech surveillance gear and drug-sniffing dogs to the Southwest border.

It was largely relying on existing funds and resources at the departments of Homeland Security and Justice for the increased effort. It also includes $700 million that Congress has already approved to support Mexico's efforts to fight the drug cartels.

The cartel turf wars have claimed more than 7,000 lives in the last 15 months, CBS News correspondent Seth Doane reports. That reign of terror bleeds over into Southwest U.S. border cities like Phoenix, where there were more than 400 drug-related kidnappings and home invasions last year.

The border security initiative, which expands on efforts begun during the Bush administration, is aimed at drug traffickers who have wreaked havoc in Mexico in recent years and are blamed for a spate of kidnappings and home invasions in some U.S. cities.

"I think you're going to need more resources to get the job done," Sen. Joe Lieberman, I-Conn., told Napolitano. Lieberman said he plans to ask the Senate Budget Committee to include an additional $380 million toward this Southwest border plan in the 2010 federal budget.

"I can't think of a better use of our time and public dollars," Graham said.

Among the moves the government is making: