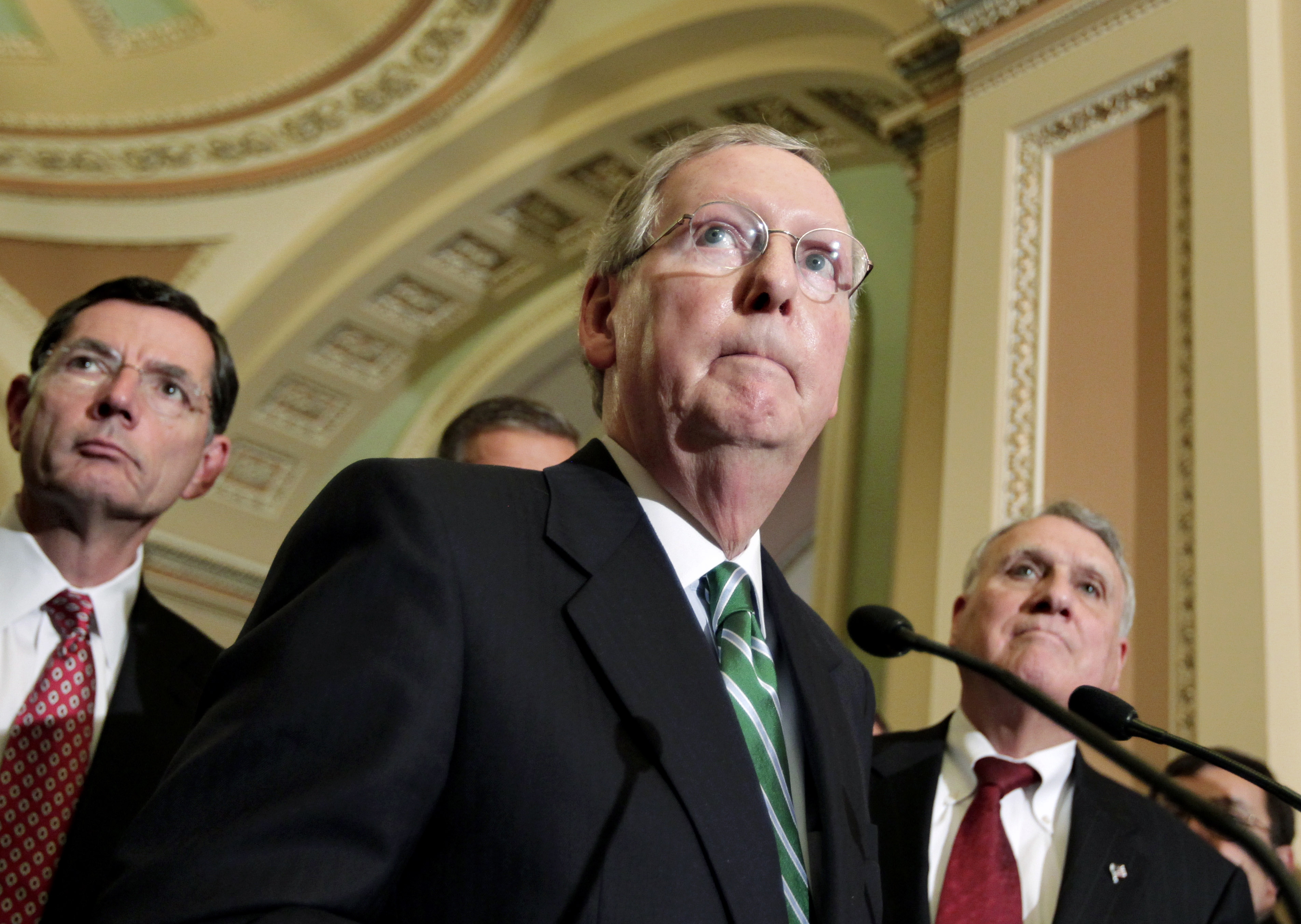 Senate Republicans blocked President Obama's $447 billion jobs package on Tuesday, putting the brakes on a bill Mr. Obama has been vigorously promoting over the past month.

By around 7 p.m., the vote tally was 50 to 48, giving Republicans more than the 40 votes needed to filibuster the bill. Voting was kept open for another few hours to allow one more senator -- Democrat Jeanne Shaheen of New Hampshire -- to get back to Washington to cast a vote in favor of the legislation. With Shaheen's vote, Mr. Obama can at least claim a symbolic victory with a simple majority voting in favor of his legislation.

The final vote tally was 50 to 49, after Senate Majority Leader Harry Reid switched his vote to "no" for technical reasons -- under Senate rules, casting his vote with the majority allows Reid to revive the bill at a later date if he wants.

"Trying to fix [the legislation] is going to be very difficult from my standpoint, because I don't think most want to see taxes raised to pay for new spending in Washington," Nelson said, CBS News Capitol Hill Producer John Nolen reports.

The jobs package includes $250 billion in tax cuts, including reduced payroll taxes on both workers and employers; $60 billion in extended unemployment benefits; and $140 billion in spending on education, transportation projects and public workers, including police officers.

The bill includes plans to tax corporations and the wealthiest Americans in order to pay for it.

Sen. Jim Webb of Virginia voted with his fellow Democrats to break the filibuster, but he said in a statement today that he couldn't support the bill's final passage in its current form because of his opposition to its 5.6 percent surtax on millionaires.

"I again emphasize my long-held belief that taxes should not be raised on wages or ordinary income," Webb said in a statement today. "This legislation, if passed, should be paid for by other means such as raising capital gains or ending costly subsidies and tax loopholes."

Republicans have stood firmly against the president's plan, arguing the president has already demonstrated that government stimulus can't save the economy.

The White House has made clear that they're ready to put political pressure on any congressman -- Republican or Democrat -- that stands against the legislation. "The question for them is this: If not this what? What is their proposal to create jobs now?" White House Communications Director Dan Pfeiffer told CBS Radio News today.

Moreover, Mr. Obama won't be letting up his push for the bill. If it can't pass in its entirety, the president has said, he'll urge Congress to pass pieces of it.

"Our expectation is if they don't pass the whole package we're going to break it up into constituent parts," Mr. Obama told his Council on Jobs and Competitiveness in Pittsburgh today. He told the council, which includes a number of corporate leaders, that "having the relevant businesses get behind an effort to move this infrastructure agenda forward is a priority."

In a statement released after the bill was blocked, Mr. Obama said, "Tonight's vote is by no means the end of this fight. Independent economists have said that the American Jobs Act would grow the economy and lead to nearly two million jobs, which is why the majority of the American people support these bipartisan, common-sense proposals."

Mr. Obama said he would work with Reid to have the Senate vote on the individual elements of his plan as soon as possible, "because with so many Americans out of work and so many families struggling, we can't take 'no' for an answer."

The president has crisscrossed the country over the past month, arguing his plan is comprised of ideas that have typically won bipartisan support and that it is entirely paid for. Mr. Obama told voters in Pittsburgh today that any senator who votes against the bill "should have to look you in the eye and tell you what exactly they are opposed to."

"I think they'd have a hard time explaining why they voted no on this bill other than the fact that I proposed it," he added. "Folks should ask their senators, 'Why would you consider voting against putting teachers... back to work?'"

Knowing the bill was up against bad odds, the administration rallied other leaders to pressure Congress to pass it. The White House released a letter today signed by 16 Democratic governors in support of the bill.

"It is an economic and historic truth that, to create jobs, a modern economy requires modern investments," the letter said. "As President Obama has stated, to create jobs, we must also be willing to educate, innovate and rebuild."