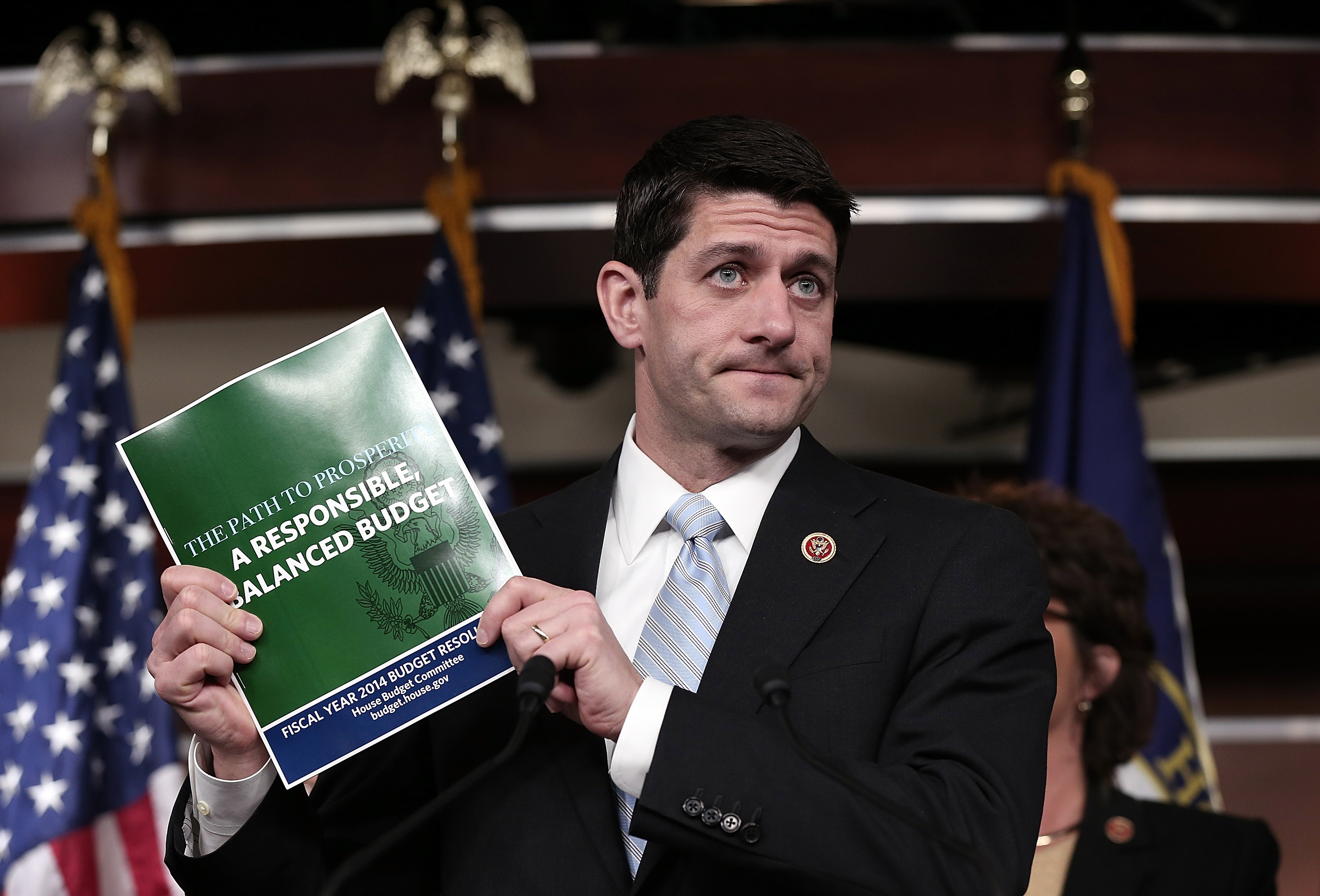 Five Republicans joined every Democrat present to kill the measure, which failed on a 40-59 vote.

The GOP's most ardent tea partyers — Rand Paul of Kentucky, Ted Cruz of Texas and Mike Lee of Utah — opposed the measure, which projects a balanced budget in a decade but relies on $600 billion-plus in tax revenues on the wealthy enacted in January to do it.

Susan Collins of Maine and Dean Heller of Nevada also opposed the Ryan plan, which cuts sharply from safety net programs for the poor and contains a plan to turn the Medicare program for the elderly into a voucher-like system for future beneficiaries born in 1959 or later.