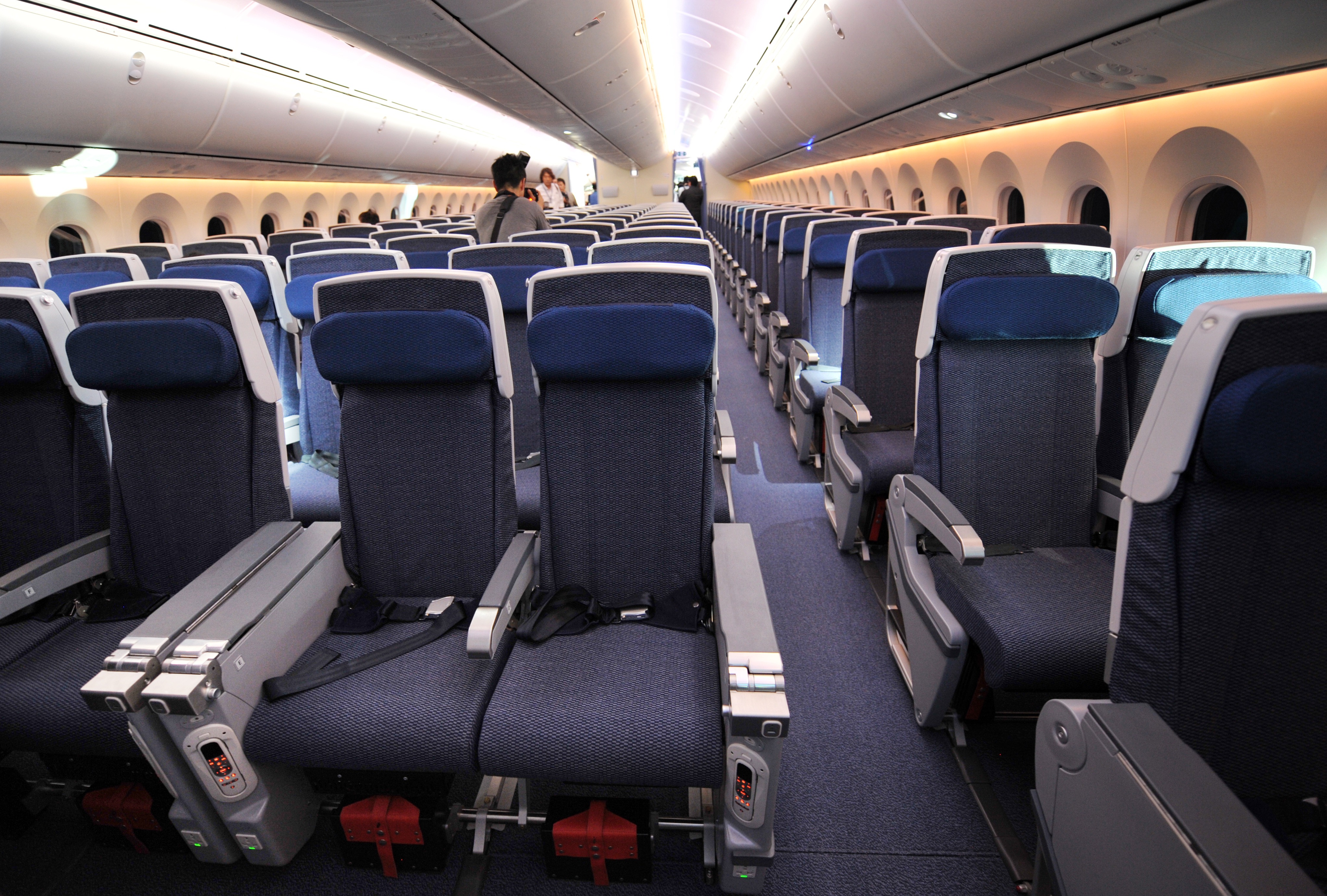 WASHINGTON -- The Senate refused Thursday to come to the aid of airline passengers squeezed by the ever-shrinking size of their seats.

An amendment by Sen. Chuck Schumer, D-N.Y., would have blocked airlines from further reducing the "size, width, padding, and pitch" of seats, passengers' legroom and the width of aisles. "It costs you an arm and a leg just to have room for your arms and legs," Schumer said.

The amendment also would have required the Federal Aviation Administration to set standards for the minimum amount of space airlines must provide passengers for their "safety, health and comfort." Airlines would have had to post the size of their seats on their websites so that consumers could take the information into consideration when buying tickets.

The proposal failed on a vote of 42-54, with all but three Democrats in favor and all but one Republican against.

Economy-class airline seats have shrunk in recent years on average from a width of 18 inches to 16.5 inches. The average pitch -- the space between a point on one seat and the same on the seat in front of it -- has gone from 35 inches to about 31 inches. Many airlines are charging passengers for extra legroom in amounts that used to be standard.

Over the last few years, the airlines have also reduced capacity. Fewer flights mean the planes fly fuller. At the same time, many American carriers have found ways to squeeze in even more seats, CBS News correspondent Kris Van Cleave reported in November.

While Jet Blue, Southwest and Virgin America offer the most space between rows, Allegiant, Frontier and Spirit offer the least, with as little as just 28 inches of space and seats that don't even recline.

In August, Hudson's group sent the FAA a petition with over 30,000 signatures supporting larger seats, asking the agency to stop carriers from making seats any smaller and to create minimum seat size standards.

No senators spoke against the proposal Thursday, but airlines opposed to the measure have accused lawmakers of trying to "re-regulate" an industry that has been deregulated since 1978.

The vote was the Senate's last this week. Shortly afterward, many senators left to board planes to fly home to their states.

The Senate is considering a bill to renew FAA programs, due to expire July 15, through Oct. 1, 2017. The bill also contains aviation policy provisions that lawmakers have been working on for more than four years, including greater access for drones to the national airspace and protections for airline passengers chafing at fees for basic services such as checked bags and ticket changes.

Also Thursday, the Senate overwhelmingly approved amendments seeking to boost security at airports and other transportation hubs in response to last month's attacks in Brussels, as well as the downing of a Russian airliner in Egypt last year that is suspected to have been caused by a bomb planted by an airport worker. The security amendments would: